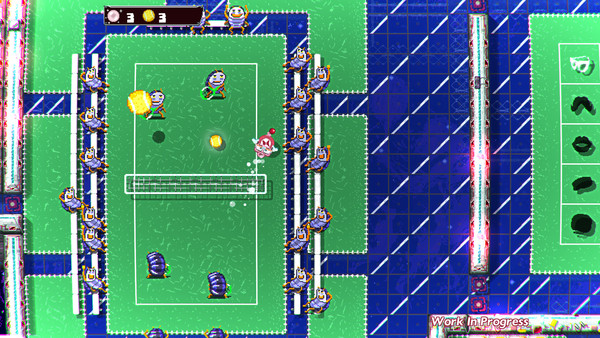 Pig Eat Ball has been confirmed for release on Oct. 18th, 2019. The game was announced for Switch awhile back, so check out a refresher on the game below.

Pig Eat Ball is a delirious pixel-art 2D arcade puzzle-maze game in which you have to eat and barf to get through the end of each level. The game contains 214 handmade levels, 10-plus humongous bosses, 20-plus interconnected worlds, and 38 power-ups.

With a score of 83 on Metacritic and overwhelmingly positive reviews on Steam, Pig Eat Ball was originally launched on PC, Mac, and Linux in September 2018. The new version on console systems will challenge new players willing to discover the game’s wacky stages and crazy gameplay.

Twisted arcade gameplay – Get bigger as you eat and barf to squeeze down to size.
Explore intricate worlds – Travel to five completely unique areas.
Hand-crafted challenge – Non-procedural levels.
Massive bosses – Use your brain, your skills, and your mouth to beat nearly a dozen of them.
Incredible soundtrack – Rock, Paper, Shotgun says “I will brook no argument on Pig Eat Ball’s soundtrack–it whips.”
One-of-a kind powerups – Dozens of disguises with special abilities.
Open-ended antics – Barf on them, bump them, torch them, or knock them into open space.
Hours of adventure – The main story is eight-to-12 hours alone, but you’ll have to complete the challenge section too.
Wild characters – Speak with tens of aliens in your journey.
Manic multiplayer mayhem – Play with up to four fellows in multiplayer local mode.
Online leaderboards – Each action level lets you compete for the fastest time with the world.
Online level sharing – Craft your own stages and share them with your friends or the world.