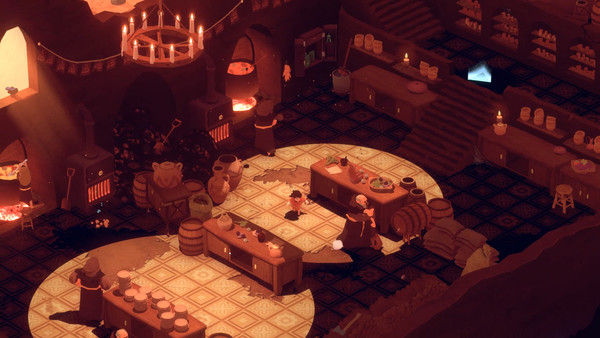 El Hijo is an isometric stealth game where the main character is a 6-year-old. You play as him as he makes his way through the desert, searching for his mother. You'll make your way all through the violent Wild West, where you don't stand a chance against the gunslingers roaming around. How does the main character manage to survive? In an interview with Engadget, Honig Studios co-founder Jiannis Sotiropoulos said stealth was the mechanic of choice.

"Stealth made perfect sense, because if you're a child in a very violent war, like the Wild West, then the only way to move around is to trick your opponents and sneak around. He is a kid, so he sneaks."

You'll be able to hide inside boats and freshly dug graves, duck behind walls and slink behind curtains. You'll be using items like slingshots, stink bombs, and tops to distract and disorient your opponents, all in the hopes of passing by unnoticed.