The Magnificent Ms. Marvel #6 slips in a Legend of Zelda reference 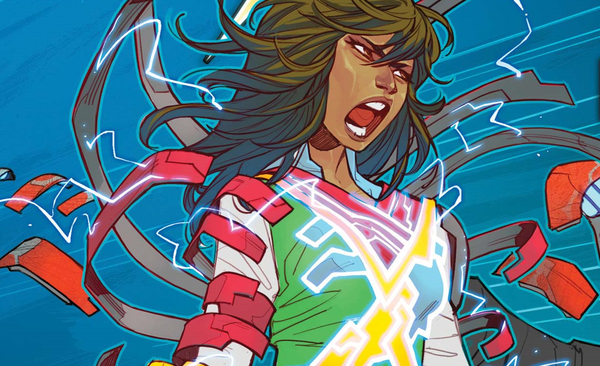 Its been a big week for Ms. Marvel fans. Disney announced that not only will Ms. Marvel be appearing in upcoming Marvel Cinematic Universe films, but she'll be getting her own Disney+ show! As a big fan of Ms. Marvel, I couldn't be more excited to see what they have in store for the character.

All that content is a ways off though. Until then, I'll keep reading the excellent "Magnificent Ms. Marvel" series! The 6th issue in the current run came out just a few days ago, and I had the chance to read it the other night. Imagine my surprise when I caught a very obvious Legend of Zelda reference in the issue. 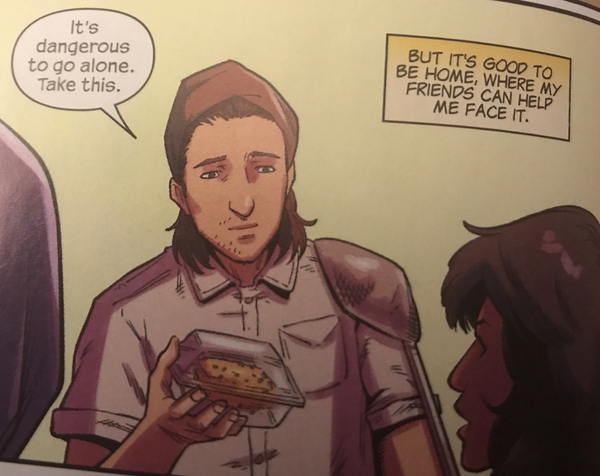 This isn't the first time I've spotted a Nintendo reference in a Marvel comic, as instances popped up recently in both Spider-Man and War of the Realms issues. Looks like Marvel has a few Nintendo fans in their ranks!

Why were people downvoting this? Is it because it's the most referenced line in Zelda? (I personally find nothing wrong with that, as long as the story can be understood without knowing the reference.)

It can be annoying to have non-video game posts on a video game news site. Now this does relate to a video game, so it's not as bad as sites that would switch to talking about Game of Thrones or some such thing for no reason other than they could.

Bummer. I'm a general knowledge person, so I get delighted when I see references to things in other stuff I consume.

For instance, last year, there was a Final Jeopardy! that GoNintendo did not cover. (They covered another one though.) I'm an avid Jeopardy! watcher, catching every new episode whenever I can and answering the clues wherever I know the answer (I'm at around 50% to 75% right now--not good enough to be a contestant), and I was pleasantly surprised when the Final Jeopardy! category came up as Video Games, and the clue was, "The desire to catch every insect was what inspired Satoshi Tajiri to create this 1996 game."

Serious question here, why do people care so much about the rating system here? Does the rating effect news articles here? I'm asking because the only time I even look at the rating is when people bring it up in the comments.

For me, it's out of general curiosity. Also amusement at how unreasonable some people might be (such as those downvoting the article in which Arnold wouldn't be voicing Terminator in Mortal Kombat 11).

Thanks for the reply/incite. I have always been curious about this on this site.

I'm not sure what I'm supposed to rate when I up/down vote a story.

Ppl are down voting it because ms Marvel is a terrible comic.

Only if you hate awesomeness.

Oh come off it. Ms Marvel has been one of the best things to come out of Marvel comics in the last decade.

is always nice when a series,movie or comic book reference a game frachise.