Astral Chain being review-bombed on Metacritic with zeros, fans fire back with perfect 10 scores 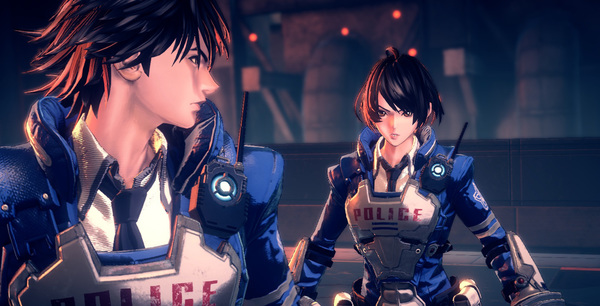 There's a bit of a battle going on over at Astral Chain's Metacritic page. It seems the trouble started when a few people went over to the page to hit the game with zeros. Why are they doing this? It seems people are upset the game is a Switch-exclusive, leading to the bombing.

In response, other users are going in there and rating the game a 10 out of 10. As of right now, the positive user reviews are winning out, as there are 157 positive and 75 negative. Not sure why people feel the need to do this, but the internet can't be told what to do!

Metacritic is the problem. If it's open to this much abuse it's not a trustworthy source.

And this is why I don't bother with Metacritic.

I'm sure he's a regular on Metacritic.

Geeze, people are so incredibly petty...

I honestly don't trust user reviews in general. Some are well-written, thoughtful, and even sometimes insightful, but so many times you read user reviews that either start by saying "I've only played it for an hour so far, but I can already tell IT'S MY FAVORITE GAME EVER!" or they say "They chenged the menu font from the laast two games! WHY?!?!?!?! Thats how you know this studio dont care about fans!!! 0/10! Dont buy! If you but this game, youve no respect for urself!!"

Like, not just MC, but Steam as well is just rife with these.... masterpieces of written criticism. I get people thinking review websites are unreliable, but user reviews really aren't any better. Ever. Just find a YouTuber or a review site that you feel values the same things you do in games and stick with them is what I say.

I find that the reviews can be of use, but you have to actually read them to get a feel for whether you'd like something or not. It's usually pretty easy to tell an honest review from a dissatisfied consumer from one created out of spite; the former will almost always be more detailed and specific about what they didn't like.

If there are a lot of reviews independently created that tell the same flaw too, then that could be something to seriously consider. There's a pizza place I haven't been to for over a decade, which is still around so I looked it up on Yelp. Turns out about one-third of the reviews complain about the bad attitude of the employees, but the reviewers were all over the place in how much to deduct from there, ranging from dropping it to 1 star to keeping it at 5 stars, indicating it's a problem they don't really mind. For that reason, I think that issue is genuine; I was going to visit it again soon to see for myself.

It's kind of good news, since every time this happens, people care a little less about the user reviews on Metacritic.

I see the wisdom in your perspective

Jeez people get a life. Your system of choice isn’t going to get every game. Learn to cope.

Does PlatinumGames always get this much hate when their games release exclusively on Nintendo systems? This is supposed to be a new IP for them and Nintendo unlike Bayonetta, but that game is owned by Sega. Then again, Bayonetta 2 & 3 will both be Nintendo Switch exclusives, as well, assuming the latter won’t be cancelled.

Let me get this straight....Nintendo went to Platinum and asked them to make a game for Switch and are also the ones that bankrolled it for five years, so the fools are upset that it’s exclusive? Man, there are some really entitled folks running around on the net.

I feel like this happens to a lot of Switch exclusives that get high praise. I remember the infamous reaction to BotW scores.

This happens to every slightly high profile game. Never trust a 10/10 or 0/10 review from users on Metacritic.

To think people put this much stock into review scores...

Seriously? What about getting a fucking LIFE?

(I'll try to keep this short)

- The game would never exist without Nintendo. Just like Bayonetta 2 and 3.

- What about not whining about games on the internet and actually go play video games instead?

- Exclusivity is actually good since developers can focus on one platform and it heats up creativity even.

- I understand that not everyone have money to get multiple consoles as I do, but you just have to live with it. It's a part of growing up when you learn you can't have it all. Specially not for free.

Have a nice weekend, everyone.

P.S: Reviews have become stupid for the most part. Reviews were about giving others an idea about the games/films/books etc so we could make up our own minds and check it out, not telling us what we want to do. Each of us are individuals with our biases, so reviews are always somewhat biased also, thus a score is biased. And today with such access to the internet with videos, music, videos and other people to chat with I just don't see why people would decide a purchase for a score. Just get an idea of the game and make up your own mind. It's not the end of the world if you mayhap didn't like the game.

People: Lets bash Nintendo for making this exclusive to one platform.

Seriously, the mentality that people have with Nintendo is completely dumbstruck.