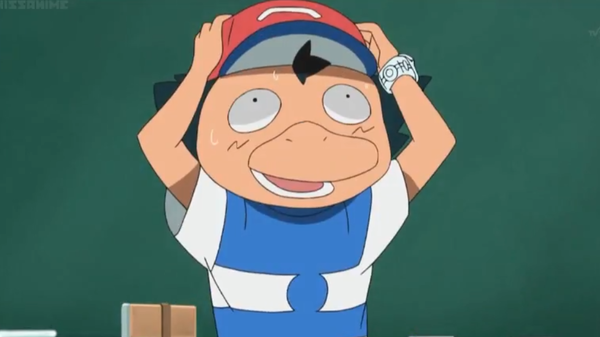 The Pokemon anime series has been going strong for over 20 years now, and there's no doubt it'll continue on for many to come. What's next for the anime series? Rumor has it that something new is going to be revealed on Sept. 29th, 2019. We did hear recently that the Sept. 1st, 2019 episode of the Pokemon anime was going to have 'global exclusive' news to share. Perhaps these two tidbits are teasing the same thing!

Another series where he starts out as a complete dope, despite having a multitude of experience at the highest level of competition, losing his first match, giving up his entire stock of Pokemon and losing again at the Pokemon League.

and the announcment was:

But Did say the New Season will not have a Subtitle and revert to season 1's name as "Pokemon", and all known regions will somehow be featured in the new anime...

just watched the live feed of the episode.. see ya in a month :P