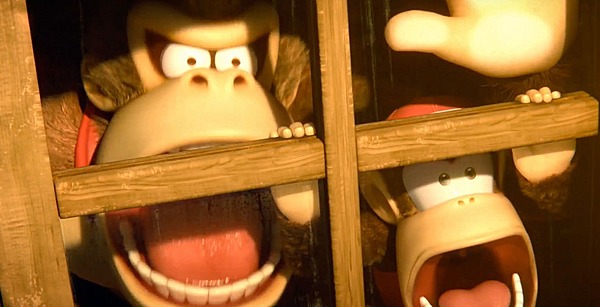 UPDATE - The page has been taken down by Nintendo. Also, it's worth mentioning that this might have been a mistake, as the info on the page matched up with a listing of DLC for SNK Heroines.

Here's a bit of a rumor for you about the future DLC for Smash Bros. Ultimate. Wondering who's going to be in Challenger Pack 4? According to the Nintendo UK hub listing for the pack, the character is going to have ties to SNK. We know this thanks to a mention of SNK on the hub page.

Could this be a mistake on Nintendo's part? It certainly could be, and it's likely the info will be removed soon. I guess we'll find out for sure when the next Smash Bros. Ultimate character reveal trailer rolls around!

Man I am so glad I didnt buy this fighters pass. Every character (except Banjo and even then...not really) so far has been a major snorefest/letdown to me. I dont care about any SNK property and the only character I know from SNK is Terry Bogard.

The most exciting thing about this rumor to me is that we're for sure getting a Nintendo Direct pretty soon..

Same. Though I'm wondering if they'll have to give her design the Bayonetta treatment or not.

Terry Bogard. Mai would cause an age rating increase, so that's out I think.

Nah. They got Bayonetta in there, so Mai it is (if this is true that is). And I am pretty sure they'll add some female characters also.

Like...if they put Mai in, and she would be censored, people would be pissed beyond belief.

She's also not the main character of KOF. Terry Bogard is. So it's going to be him.

I have a geeling it'll be a frmale this time. So I am still guessing it's Mai. She's pretty famous also. Guess we'll just have to wait for the September Direct.

I never knew how much I wanted Geese Howard in Smash until this rumour showed up.

As much as I'd love to see Mario kicked through all of the skyscraper windows, think they'll add a hero character before a villain. Maybe Kyo or the Bogard brothers.

I have to say it could be Terry.

The previous rumor cited a woman with a Mech. If they throw Eri or someone in their Metal Slug, I’d be so, so down.

I wouldn't be mad about a Metal Slug character at all, even better if they get the Hero treatment with multiple skins for Marco, Tarma, Eri and Fio.

Man I am so glad I didnt buy this fighters pass. Every character (except Banjo and even then...not really) so far has been a major snorefest/letdown to me. I dont care about any SNK property and the only character I know from SNK is Terry Bogard.

The most exciting thing about this rumor to me is that we're for sure getting a Nintendo Direct pretty soon..

Me too. I haven't be interested in any of the DLC characters so far. It's cool for other people but I feel like there are many other classic gaming characters that have not been added.

This actually makes sense, given how close SNK and Nintendo have gotten recently and their history together. Though I do wonder if they'll use this as an advert for an upcoming game like what they did with Hero (The default skin for him is from XI, and the Switch port was the very next announcement in that Direct). Nothing pops out at me right away, so probably going to be a nostalgia character.

No! Absolutely not! I hope it’s not true. What about 1st party characters?

I’m sorry if you feel non-Nintendo characters (or even characters that Xbox Game Studios bought from Nintendo) aren’t interesting, but until they can create new IP that will not fail like Arms and Sushi Striker: The Way of Sushido both did, all we’re getting as “Fighters” are the ones that will represent other companies.

ARMS sold over 2 million units. I wouldn't say it failed, especially since it's a new IP. The budget on that game wouldn't have been huge so Nintendo would have made profit easily.

Nintendo always creates new ips. I dont understand why everyone is always on Nintendos case for not making all new IPs as big as Mario, Legend of Zelda, or their other major ips.

I’ve always been confused by this notion that Nintendo don’t make new IPs too. They’re way more adventurous than they get credit for. It’s rare that their all-new games become as popular as their storied franchises but look at any Nintendo console and they have a good amount of new franchise debuts. They definitely don’t just rest on their laurels like many try to make out.

Yes because a Nintendo franchise needs to be brand new and hugely successful to be added to Smash... s/

The persistent animosity towards Arms has been nothing short of fascinating, to say the least.

The only character I’m excited though is Banjo because I grew up with the game.

As for 1st party characters, I’m only expecting at least one to be in DLC. However, I did hear that costumes may be coming to Ultimate.

I could think of MANY 1st party characters I would love to see playable in Smash like Dixie Kong, DJ Octavio, Captain Syrup, Chibi-Robo, Paper Mario, Waluigi, Bandana Dee, Medusa, Tingle, Krystal, Claude, Rex/Pyra, Spring-Man (with other ARMS cast as alts.), Isaac, Cranky Kong, Louie, Funky Kong, Captain Toad/Toadette, King Hippo, Sylux, Porky Minch, Octolings, Hades, Black Shadow, Pig Ganon, I could go on and on but to most people all of those characters are considered "boring".

The moment Joker was revealed as the first DLC character I lost all hope for any of it to be proper, appropriate Nintendo historical fanservice. All I wanted was one of the most requested first party female fighters ever since Brawl, instead I get a bunch of nonsense shilling for 3rd party companies...

You forgot to mention Kiddy Kong. Have been waiting for his return since DKC3. He was going to be in DK Racing for the GameCube, but this game never happened.

No I didnt Kiddy Kong is trash. Glad he was a one and done Kong. Chunky or Lanky on the other hand..YES!

Yes! I would rather have any of the 1st party characters you mentioned. Getting a 3rd party character used to be a special thing but they're just letting anyone in now.

Terry Bogard would be the predictable choice. If I had to pick an SNK character though-Marco in a metal slug the whole time a la Bowser Jr in his clown car would be badass!

I've been loving SNK games lately so this is perfect. I've been unsure whether to get the fighter pass or just buy one or two heroes but now there's a third for me to want to play as. Hero looks awesome. I want Banjoe cause it's Banjoe and I love SNK so I'm set.

I would say either Athena (SNK's first ever major character), Terry Bogard (SNK's "face" of fighting games), or possibly Nakoruru (female face of Samurai Shodown, which is coming to Switch).

This rumor looks more legit than the one about the female fighter with the “mecha” that was not highly requested from 4chan (Update: Yeah, the 4chan rumor might have been followed up by hinting at Humongous Entertainment allowing Putt-Putt in Smash which has to be a joke especially since Atari sold them years ago and they never came back in business since)

Actually, the “not highly requested” part will be true if this is true. SNK is known for niche fighting games, but so is Arc System Works. Then again, the latter company also owns the rights to Kunio-kun and Double Dragon currently.

If anything, Nintendo should give the niche fighting games some publicity regardless of developer, and Super Smash Bros. is a more than decent way to do that.

I forgot to mention! You all think Terry has a chance, and I agree, but don’t forget about Kyo (another iconic character from The King of Fighters franchise)

If there's any truth to the rumor of a female character with a mech, my guess is that it will be either Eri Kasamoto or Fio Germi from Metal Slug in the SVX-15D Slugnoid. 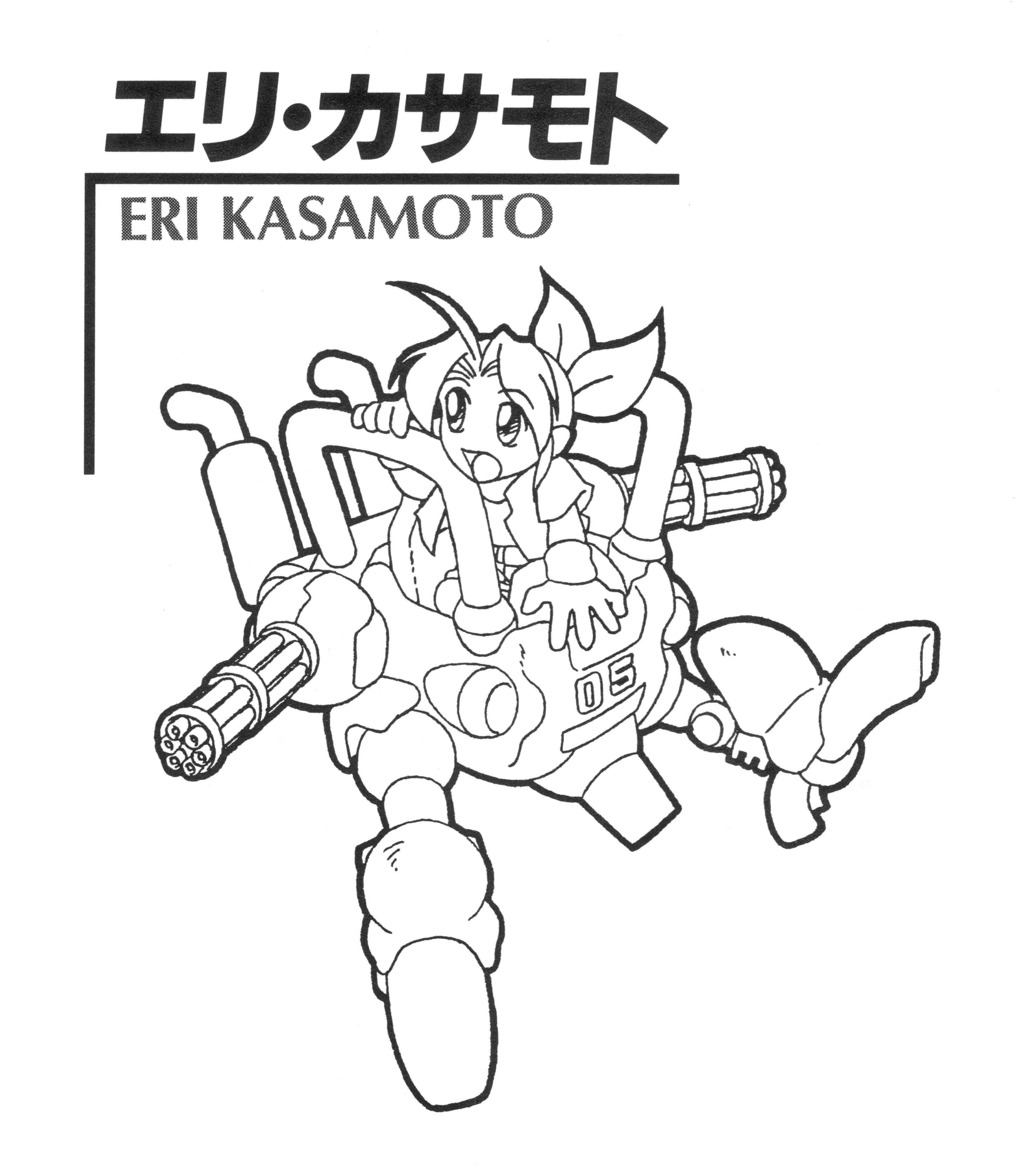 Actually outside ports, SNK has only put their Heroines fighting game on Switch. King of Fighters, Metal Slug, and Samurai Shodown have been primarily on non-Nintendo platforms.

The only character I'd guess that could get in is the protagonist from Crystalis.
The guy in blue here:
https://vignette.wikia.nocookie.net/snk/images/4/44/God_Slayer_cover.jpg

Before the ports for the SNK collection, Crystalis was previously a RPG exclusive for Nintendo (the OG release on NES and the remake for Game Boy Color).

Hmm... just what Smash needs... another sword and shield guy... and from a one-off NES game that never saw much success...

You know, I didn't even think of Metal Slug until reading these comments, but I really like the idea. More than Terry Bogard or Mai, anyway. Not that I wouldn't appreciate those two at least a little bit.

Sigh. Sounds like the rumors of a Bowser Jr. clone are true.

I just hope it's not character from a fighting game. As ironic as it sounds, fighting characters just feel out of place in Smash.

Personally I'm not opposed to them... it's just that beyond Street Fighter how many have a significant presence on Nintendo systems?

Most King of Fighters games for example have completely skipped Nintendo systems... the ones we do have were either released on the Wii Virtual Console or through Arcade Archives on the Switch. In total we got at least six KoF games... although that's still less than half the series (15!), with the port of 2000 (7) apparently being the most recent version...

Oddly enough we have more King of Fighters games than Tekken or Soul Calibur...

Dunno if he has a name, but my vote goes to the main character from Crystalis.

I really, really dislike that a Smash slot is now "Hey, go buy this other company's games." Joker is the most egregious to me, all the Switch is getting is a mousou game, at least Nintendo was the origin for Dragon Quest. What relevance does Terry or a Metal Slug character have to Nintendo?

I'll accept a SNK character over Minecraft Steve or something from Undertale... still, the lack of any 1st party DLC with the pass is just plain baffling that Nintendo's fine promoting 3rd party companies that haven't contributed much of anything to Nintendo systems other than late ports as of late.

I'd be amazed if an Undertale character didn't end up in a Smash at some point given how popular it is in Japan.

Pretty sure the last DLC will be first patty.

I wish I could give more upvotes but @T27DUCK and @TUPIN would definitely be getting some from me.

Given what's happened thus far, there's no low that they can go. I wouldn't be surprised, when you look at the sellout cast.

The ACA NeoGeo line literally flooded the switch eShop for years and we got a godlike collection with SNK 40th so I’m game for an SNK rep as I feel it fits. Was worried about more third parties but honestly this feels like a great pick. Here’s hoping for Kunio/Ryu Hayabusa/Issac as the final slot

Is there anyone asking for an SNK character? Legit question.

At this point I got my fill. Though I will welcome more strange choices like Piranha plant. I think after Joker and Hero, most main characters aren't that different when it comes to personality, it'll be nice instead of a lead they choice someone more "particular" from a third party game.