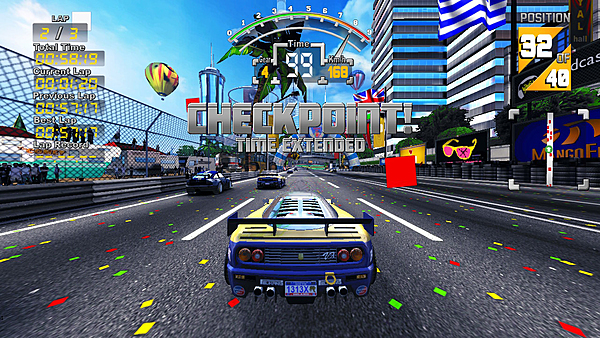 We just got a double-dose of good news about '90s Super GP. First off, we can at least confirm that the game is still in the works. Nicalis has been pretty quite on the game for awhile now, but the company's Tyrone Rodriguez has taken to Twitter to not only talk about the game's delays, but also mention a new feature.

The original scope of what was in the Kickstarter wasn't realistic for a single artist to do. He was able to get a lot of things running, but you need a specialist for a lot of things, like online--which the game will now have :)

The bad news is we still don't have a release date. Hopefully that information can come out soon, but I'm thinking we still have a ways to wait.

Thanks to TheDreamingHawk for the heads up!
Submitted by: thedreaminghawk
Source: Link
Rating: 3

I hope to buy this game -- if/when it comes out.
I just hope it fares better than other games that have ended up indefinite/infinite development cycles.

Wait, is that game that was called "90s Arcade Racer"? Because if so, this is vaporware as hell.