Pillars of Eternity: Complete Edition should be getting a patch on Switch next week, patch notes shared

Fixes on the way, and more to follow
by rawmeatcowboy
10 September 2019
GoNintendoGN Version 5.0 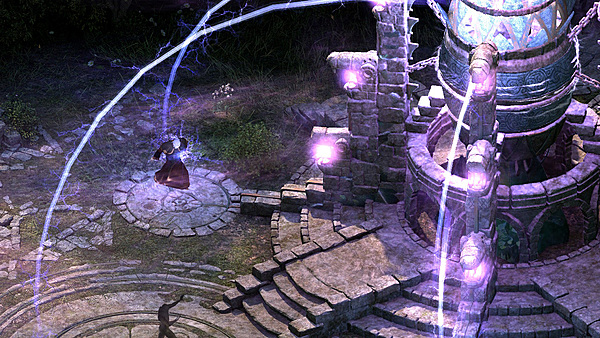 Pillars of Eternity: Complete Edition is a little rough around the edges on Switch, but thankfully that's about to change. The dev team has been working on a patch, which should hit sometime next week. Check out the full rundown of that patch below.

As you may know, earlier last month we launched Pillars of Eternity for Nintendo Switch. We are so happy to have the chance to bring this incredible game to a new platform, so you have even more ways to dive into the world of Eora.

Unfortunately, we missed a few bugs during testing and we have been working hard since launch to figure out what’s causing them and get them fixed. We appreciate your patience these past few weeks, and are very happy to tell you that the first patch should be live within the next week.

Patch 2.55.09 will resolve most of the major bugs that we have found and have been reported:

Hotfix for scrambled combat log has been applied. If issue occurs, it only lasts for a second.
Stability is improved. Crashes have significantly lower occurrences.
Ranged Weapons/Effects now work as intended
We added a feature for saving camera zoom
Scrolling combat log is resolved
Items properties now apply to character stats
Island Aumaua Race now gets their additional weapon slot in inventory

Regarding Save Files and the Ominous Grey Screen of Doom, we have good news and not so great news. The good news is that the crash that was deleting the save files no longer occurs. This bug was still present in the first patch that was submitted, and a major reason why we canceled that submission.

However (as you may have noticed), we have not completely resolved the grey screen bug quite yet. We need a little more time to work out the kinks and make sure it is completely squashed. This does mean that if a save file has the grey screen issue, the file will become corrupt and unusable. It seems this mostly occurs after upgrading Caed Nua, so we recommend only upgrading what you must to advance the story.

But fear not! The other good news is that our team is currently working hard to get this resolved; once we have it locked down we will push out another patch so you can play to your heart’s content.