Learning from the cartoon masters
17 September, 2019 by rawmeatcowboy | Comments: 1 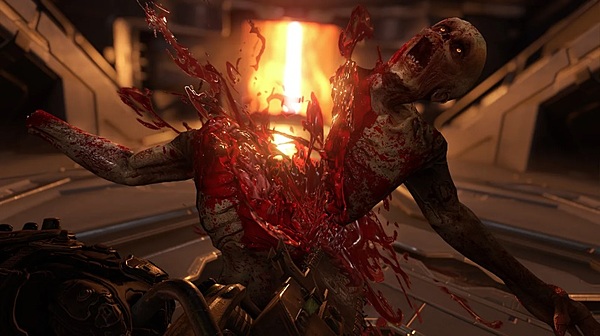 DOOM has always been a gory series, but advancements in hardware have allowed for the series to be more gruesome than ever. That means the dev team behind DOOM Eternal are going for the the most realistic depictions of DOOM violence ever, right? Not the case say Marty Stratton and Hugo Martin, game director and creative director on DOOM Eternal. Sure, things are going to look violent, but it's about finding the ridiculous aspect of the violence and heading in that direction. Stratton and Martin explained in an interview with GamesIndustry.

Hugo Martin: "Our gore is not real. It's more Warner Bros. animation level of gore. It's zany Tex Avery stuff more than it is shish kebabing somebody's eyeball on the end of a stake... And we've always ridden that line. It's ridiculous. It's cartoonish gore and violence, so I think that makes it less disturbing to play and to create for the artist."

Marty Stratton: "That's a real conscious decision on our part too," Martin said. "I have kids. There's no nudity. There's no cursing in our game. You don't kill human beings; you actually protect them. It's a violent game, there's no question. But there's a nuance to it, and I think we've never had any issues internally with any of the artists. And I don't see us having one in the future, just because the style of the content is, while still being gory, not quite as real."

While I like this stance in general, I will never understand why (especially in the US) naked humans are considered much more harmful for children than bloody "rip and tear", no matter how "zany" it is.