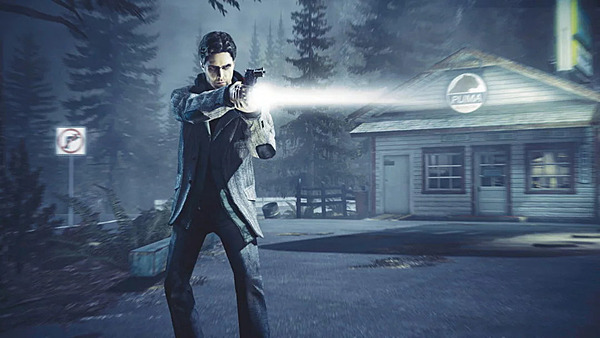 Virtuos has stated on the record that multiple companies were reaching out to them to work on Switch titles, but stopped short of sharing specifics. Rumor has it one of those projects has been revealed, and it's Alan Wake.

Doctre81 is back with another video detailing some interesting findings he's come across, and it certainly seems like Alan Wake is getting a remaster/remake on Switch. Nothing is confirmed by any official sources yet, but as you can see in the video below, there's plenty of circumstantial evidence to go around.

I'm personally a huge fan of Alan Wake, and never felt the game got the love it deserved. Hopefully with a remaster/remake for Switch, the game will find an even bigger audience the second time around.

When I first played through Alan Wake, it just made me think this game was just 'gritty Luigis Mansion'

That would be great, I have this game on Steam, but my PC can't run it in a decent way so I only played the beggining

I'll believe it when it happens. Even if Microsoft is no longer involved with the IP due to the expiration of the publishing rights, there is a lot of licensed music in it and I believe it may even have direct references to now defunct Microsoft products. It may not be worth the hassle.

Also, not getting the love it deserved? Critical acclaim, near universal fan adoration, regular calls for a sequel and over 3,000,000 sales isn't enough love for it?

Doctre was correct about Mortal Kombat on Switch way before anyone else.

GoNintendo Podcast Webisode 772 records LIVE at 3:15 PM ET
May 30, 16:49 by drew ciccotelli
Final Fantasy Crystal Chronicles: Remastered Edition appears to have local co-op
May 30, 16:18 by sanderevers
Mother Russia Bleeds getting physical release from Special Reserve Games, Limited Run Games offering a variant cover
May 30, 15:52 by pajob
Reggie was confused for a security guard at his first E3
May 30, 15:45 by hammergalladebro May 30, 15:30 by drew ciccotelli
XCOM 2 Collection players reporting multiple bugs
May 30, 15:18 by clubcooljon