House House says Untitled Goose Game was born from a joke, talks about the potential of bringing Push Me Pull You to Switch 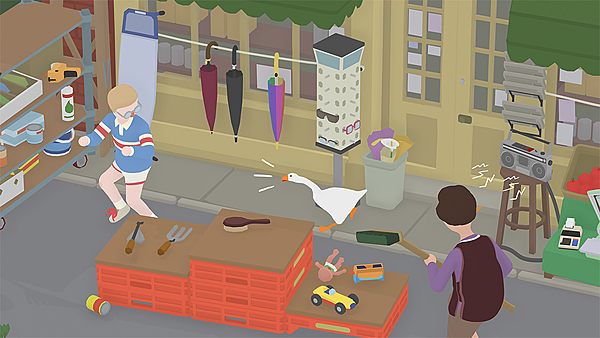 We’re from Melbourne, Australia, where geese aren’t particularly common, so we weren’t drawing from personal experience. Geese are just funny: in August 2016, Stuart posted a stock image of a goose to our Slack and said we should make a game about it. This was a joke, but we riffed on how funny geese are for a while, and a few months later circled back around to the idea to take it seriously.

Untitled Goose Game is the talk of the town right now, but it wasn't the first game House House released. The company had previously worked on Push Me Pull You, which focused on local multiplayer. It seems like a perfect fit for Switch, so could a port ever happen?

Push Me Pull You was our first game and holds a very special place in our hearts, so we’d love to port it to Switch just for the sake of bringing it to new audiences. Having said that, we know from experience that although local multiplayer games have a very dedicated niche audience, they aren’t necessarily the most commercially successful games, so it’d be a question of whether we could justify the work it’d take to bring it to Switch - though we’d never say never.