Enjoy the story without the punishment
18 September, 2019 by rawmeatcowboy | Comments: 4 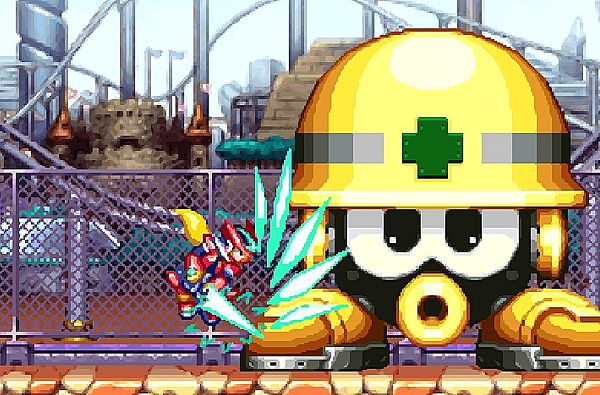 Mega Man Zero/ZX Legacy Collection has a number of tweaks over the original games, including some quality of life features. One example is Casual Scenario Mode, which offers the same core gameplay experience, but powers up your character, gives you extra lives, and reduces the penalty of spikes and pits from instant death to taking damage instead. Wondering why Capcom is included this mode? Series producer Kazuhiro Tsuchiya explained in an interview with Gamer.

“As you said, it’s been 18 years since the release of Zero 1, and even primary schoolers back then are now adults. There are some people who might want to ‘just go fight that boss’ or ‘see classic scenes’, so this is a way we’re providing for those users. Also, the Zero and ZX series are popular for its solid story, and so Casual Scenario Mode is also for those players.”

They should explain these horrendous filters too.

It's sad that they even need to explain why this difficulty level is in this game. The other difficulty levels would still be in there, so if you want to show off or feel accomplished, they're still there. There is nothing in the game taken away from you by having a lower difficulty level designed for people who just want to experience the story.

But they know there are fans who will whine about a story difficulty in this game, as if it will make them less special.

These game studios really not to stop putting these ridiculously hideous blur filters over these pixels... It looks terrible on every game they do it to.