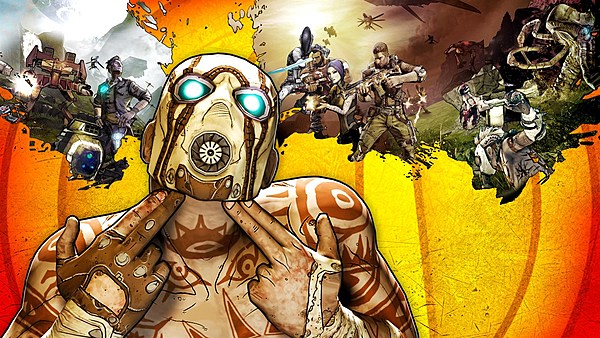 Would you like to see one of the Borderlands games come to Switch? Randy Pitchford himself had previously said that he'd love to see it happen, but we never heard of any concrete details. Is there still a chance it could happen? According to Gearbox's Paul Sage, it's not out of the question. W hen he was asked about the potential for the series on Switch, he answered with a simple, "never say never."

I never play Switch in portable mode. It’s kind of a non-feature for me. I’m very happy with PS4 and a Switch port would be a big downgrade. Even then, my love of Borderlands has me tempted by even the possibility of taking it on the go.

I could have sworn Borderlands 1 was confirmed for Switch months ago. In a Nintendo Direct. And people were complaining about it being too expensive and only being the first game. And GameXplain did some graphics comparison videos. I swear I remember this. This is some Mandela effect stuff going on right now.

Definitely some Berenstain Bears shenanigans going on, because BL was definitely never announced for Switch. Believe me, I would know.

missed chances. by the time they bring it to the switch not many will care.

A lot of people seem to care about all the other old games ported to Switch.

I think the pull of portable play is massively understated. Even if a game is released late on Switch, having it portable is a huge thing for some people (myself included) and worth holding out for despite having the means to play it earlier and with better performance on other systems.

Personally I’d be be happy if the only AAA third party efforts we saw for the duration of the Switch’s life were ports/remasters of games from the last generation or two purely because having them portable is such a good feature.