RUMOR: Pokemon Sword and Shield Galar-Region Pokemon codenames and evolutions may have been discovered

Well this is an interesting find
21 September, 2019 by rawmeatcowboy | Comments: 5 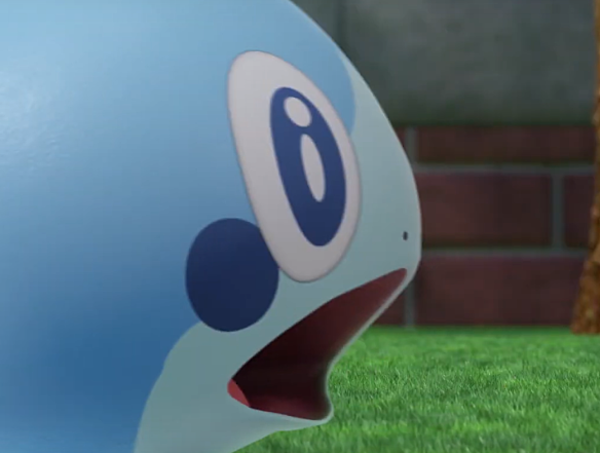 Earlier yesterday, we told you about the Dynamax Camera website for Pokemon Sword and Shield. This website lets you upload pictures and add in Dynamax Pokemon to them for a bit of fun. Of course, those hungry for more information on Pokemon Sword and Shield dove into the website to try and find more tidbits, and it appears some juicy details may have been discovered.

Twitter user abcboy101 has found what he believes to be codenames for Galar region Pokemon, as well as some evolution details. Check out a rundown of what he dug up below.

- Scorbunny: Usagi1
- Sobble: Chameleon1
- Grookey: Gorilla1
- Yamper: Inu1
- Rolycoly: Sekitan1
- Wooloo: Wool1
- Corviknight: Gcommondori3
- Alcremie: Gcream2
- Morpeko: Pospika
- Polteageist: Teacup2
- Sobble’s line is based on a chameleon
- Grookey’s line may involve a gorilla Pokemon
- Corviknight is a stage three Pokemon, meaning it has two pre-evolutions
- Alcremie and Polteageist are second stage evolutions
- Drednaw has a ‘2’ too in its codename of Gkame2 (kame meaning ‘turtle’ in Japanese), with the G likely representing its Gigantamax form
- It is possible Drednaw is also an evolved Pokemon
- Morpeko has no number with its codename, and so may not evolve
- Yamper and Wooloo have numbers, so they may have an evolution
- Duraludon appears to be a single-stage Pokemon
- Gossifleur is a base stage

Obviously none of this is confirmed until it comes from Pokemon Co., Game Freak, or Nintendo, but it's certainly looking quite plausible for the time being.

I think it's pretty obvious Sobble is based on a chameleon, considering its spiral tail and the fact that it changes color.

Unrelated, but I swear I get a smile on my face everytime I see your icon.
Poor Sobble.

i think this codenames is very likely to be true because in every datamine that involve a Pokémon game turn up to be true.

Well I’m glad so many of these will probably evolve into or from something. If this were Gen 6 or 7, half of them would be single stage families.

Interesting. Now give dunsparce the evolution he deserves after all of these years!