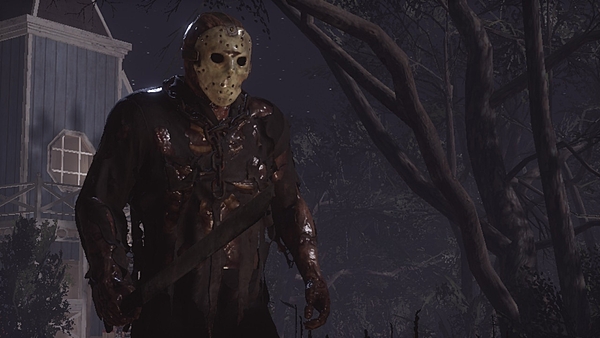 The developers of Friday the 13th: The Game "Ultimate Slasher Switch Edition" have updated the game to Version 1.02.00, which includes quite a sizable list of fixes and tweaks. Check out the full patch notes below.

TUNED - Thumb stick input for the Switch Joycon has been tuned to be more in line with our other platform versions.
REMOVED - Emotes NOT INTENDED for release have been removed in compliance with the status of content in Friday the 13th: The Game.
FIXED - Interaction Issue that was allowing Counselors to access unreachable areas, such as the roof.
FIXED - Interaction Issue that was allowing Jason to access unreachable areas, such as the roof.
FIXED - An issue allowing Counselors to interrupt animations such as jumping from windows.
FIXED - An issue causing the car to sometimes remember forward input, after a crash and restart of the car, causing the car to become stuck.
FIXED - An issue causing players to be unable to join any online activities in game after a failed attempt to join a Quick Play lobby.
FIXED - Various locations where counselors could become stuck in the environment.
FIXED - Various locations where counselors could fall through the environment.
FIXED - Various locations where Jason could become stuck in the environment.
FIXED - Title Crash - When a driver is pulled from a vehicle while starting it.
FIXED - Title Crash - Incorrect button press as Jason to break walls.
FIXED - An issue causing animation to lock up if button press removed too soon.
FIXED - An issue causing an Interaction Lock after drop item animation was interrupted.
FIXED - Various floating objects in game, including a police car. No more flying cops.
FIXED - Counselors being able to be healed while in a vehicle or hiding spot.
FIXED - Props with incorrect properties, such a wooden immobile vehicles.
FIXED - A portrait in a cabin that would disappear when you approached. Spooky.
FIXED - Various counselor “Safe Spots” on multiple maps.
FIXED - Hologram wood pile is now solid again.
FIXED - Double shotgun spawn in single location on Higgins Haven Small.
FIXED - Offline Bots - Fixed an issue that would cause the bots to become stuck if Jason hits them during an animation.