Konami says Contra could return to 2D, but it would have to innovate 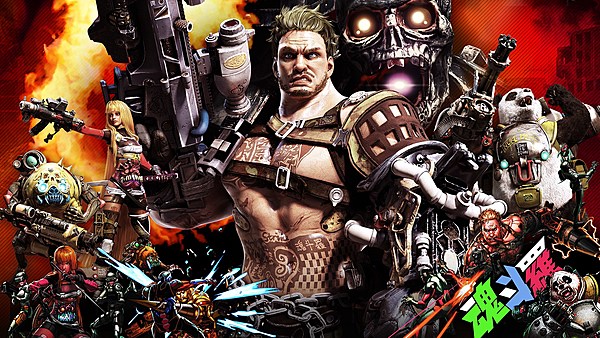 Contra: Rogue Corps is heading to Switch in just a matter of days, and it's another entry in the franchise to bring the game into 3D. Does that mean going forward, all installments are going to take the 3D route? That's not necessarily the case, says executive producer Nobuya Nakazato. Here's what he had to say about the potential for new 2D installments in an interview with DualShockers.

“Yeah, I love the old 2D games as well and I’d love to make new ones, but just modernizing the graphics, upgrading the graphics, and creating something new in them would not be the right way to do it, in my opinion. I’d have to come up with a new innovation and maybe change a bit of the genre and then I can start working on one of those.”

Sigh...I hate it when game designers use this mentality. For some games, especially retro games like Contra, if enough time has passed, the fans will be very happy to just get a new classic styled game in the franchise.

Do it too often, and yes the series will stagnate. Capcom ran into this problem with Mega Man back on the NES. After six games in a row with little innovation between them, it started to stagnate big time. But after many years with no Mega Man, everyone was incredibly happy when Mega Man 9 released, and then again when Mega Man 11 released.

The last great classic styled Contra game was Contra ReBirth, and it was absolutely phenomenal. That was already about 10 years ago. Just give us new game like that. We've been starved long enough.

I agree with this. Nintendo has also pulled this lame excuse with F-Zero. "We cant make a new F-Zero game until we find a new innvoative control scheme." No Miyamoto its been 15+ years since the last one just make a basic F-Zero game with HD graphics, online play, leaderboards and boom thats all you need.

Except F-Zero is like not a stellar IP for Nintendo.

I mean, GX could not even sell a portion of what the first game did.

And poor sales of GP Legend is what killed the franchise and resulting anime series in America.

With Mario Kart taking over F-Zero by introducing anti-grav and 200cc in Mario Kart 8, F-Zero sadly isn't needed anymore. The only thing Nintendo can do outside re-releasing old games via porting is do a reboot of the SNES F-Zero to see if that can revive the franchise. The new F-Zero would need a gimmick to set itself apart from Mario Kart 8 though.

I agree. I mean at this point when you have Mario Kart 8, what would be the incentive to make an F-Zero game?

I can kinda see this. There's been WAAAAAAYYYYY Too many Side scroller indie pixel art games in the past few years and a lot of the sidescrollers basically ape Contra or Gunstar Heroes, or at the very least use them as a base. Why bother with Contra 5, a basic rehash of old ideas when Blazing Chrome is a thing? I can see why they'd be hesitant to return to doing a Rebirth 2 or Hard Corps Uprising sequel, so them going with a sequel to one of the more obscure entries (Neo Contra) and basing gameplay off that (in a way that works pretty well, I may add) was a safer move, although I do think the visuals and obvious low budget doesn't help.

And of course, there's been a lot of 3D dual stick games lately as well, so even that has some issues of fatigue... It does have a theme that at least helps it feel Contra-y enough, but it's arguably an incredibly tough franchise to revive in this day and age and be unique. I honestly hope it doesn't stop Konami from reviving stuff like Gradius that need revivals a lot more since that formula can still evolve and maintain a 2D Sidescrolling approach, and the only time a game has felt truly stale from a sequel jump is from III to IV (which was basically II again, but in 2.5D)

They ruined Castlevania with this anti-2D mentality.

Glad Bloodstained was a success to show them that they were wrong.

This is exactly the problem they had with Castlevania. As soon as IGA made the Castlevania formula, the old one got banished.

Same here..except that we have not gotten a Contra game in like decades.

My gripe with this argument is: Rogue Corps doesn't innovate, either. In fact, it feels even more run-of-the-mill than the 2D-Contra clone Blazing Chrome ever could in this day and age since there are far more third person shooters (think zombie shooters) than proper 2D Contra clones. Plus, in 2D games you can more easily compensate for lacking gameplay-innovations with creative and novel level design - something that used to be one of Contra's strong points (think the hanging-from-missiles fight in Contra III or the burning re-entry of Contra:ReBirth).

I hate when companies get their thinking on stuff like this all wrong.

Who on the planet would rather have a game that's nothing like the one they love and apparently is kinda **** although it's "innovative" vs just having more of the stuff they actually love?

From the trailer this game looks, to me, like utter garbage.