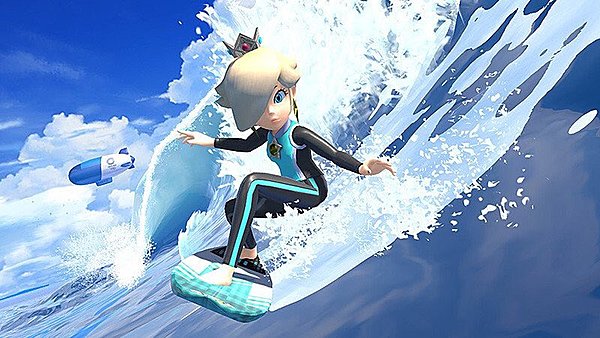 We've seen much of the cast for Mario & Sonic at the Tokyo 2020 Olympic Games, but today SEGA has gone over the guest characters who'll be playable. The lineup includes Rosalina for Surfing, Doctor Eggman Nega for Karate, Rouge the Bat for Climbing, Diddy Kong for Rugby, Larry Koopa for Equestrian, Zazz for Table Tennis, Ludwig von Koopa for Fencing, and Jet the Hawk for Soccer. We also know that Toad, Cream the Rabbit, and Cheese will make appearances as well, but it seems they won't be playable.