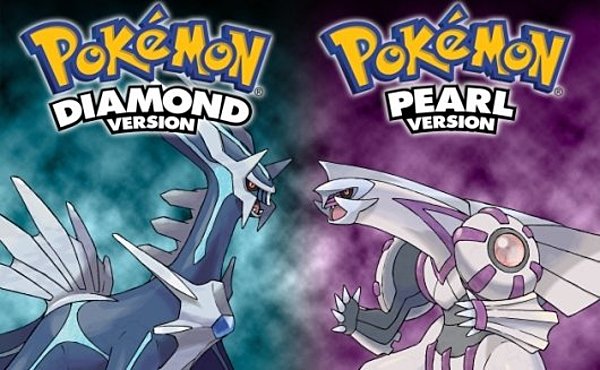 YouTuber and owner of the website "Pokéshopper" certainly has his knowledge on Pokémon merchandise production. According to him, many Generation 4 products will begin reproduction as soon as December 2019. This definitely raises speculation for upcoming Sinnoh remakes! In late 2016 / early 2017, production began to ramp up on Kanto merchandise, which lead to the release of Pokémon Let's Go! We'll have to wait and see what The Pokémon Company has in store for us!

I've been out of Pokemon for the most part since XY released but Gen 4 is one of my personal favorites so I hope they do it justice assuming it is happening.

If Ohmori is directing again, probably no justice.

If it's anything like the Gen 3 remakes, it will be fantastic

This is the only gen I haven't played! I would imagine a November release for next year since we're getting a new gen this year.

If previous generations are anything to go by, this isn't too surprising. We usually have a generational break between remakes, and remakes come a year after the main games.

Gen 5 and Gen 7 both didn't have any remakes. (Unless you count Let's Go, but the primary purpose of that wasn't a remake as much as a starting point for GO players).

Exciting, D/P/Pt are some of my favorites.

Please no, I still haven’t had my heart repaired after the disaster that was ORAS. I liked LGPE since it was more focused and surprisingly fun despite also dumbing down, but if they remake sinnoh we’ll need the frontier and marsh to return, no excuses. I’d love a sinnoh remake with the ambition of SWS, but I worry that crunch would make a frontier unlikely

What makes you think that about ORAS? I really enjoyed it, but that's without ever having played the original.

It's... Pretty tricky to go into it without going into an extremely long rant or super-duper picky detailed breakdown, (hell, there's a seven hour Youtube review with all the games' problems detailed route by route which even I considered excessive) but the shortened version is that compared to Base RS, it was severely dumbed down difficulty wise, removed a lot of the challenge, even with EXP share off, while also removing some side activities such as the Safari Zone, Battle Tower and Contest Pokeblock minigames for practically no reason. Contests were also made too easy to the point of them being practically autowin and removing a lot of the skill that made them a worthy postgame to begin with (RS was VERY limited post-game wise, akin to XY, so the contests having challenging merits to them were the saving grace)

Of course, Emerald came along and expanded the Safari Zone, Contests, and Battle Tower mechanics while adding even more new things like gym rematches, which is why most people play that over RS. But ORAS's biggest sin is pretty much acting like Emerald never existed by not only removing the expansions Emerald added, but making it so that the stuff they expanded to begin with were barely there. Considering XY's similar lack of a post-game, take RS's lacking post-game and make it no post-game save for a legendary hunt, the traditional dex hunt and a recycled cheating Battle Maison, (that they didn't even bother to update for Hoenn Trainers, so everyone there is dressed in Kalos wear and uses Kalos-centric teams) and you have a remake that basically does the opposite of what HGSS, FRLG and even freaking LGPE does.

Like, I thought LGPE was to be ORAS 2 since they were so adamant about dumbing stuff down and doing silly restrictions for no reason, like removing abilities and held items, but then I rented it and was shocked that a lot of the stuff that made me enjoy Yellow was still there. The game still had some sense of difficulty even with EXP all forced, to the point I got destroyed a few dozen times, the game doesn't really do much to bug the player outside of saying "hey, here's how to do this" to know what to do next, and the only things really missing are Safari Zone (But all their unique mons are in new spots) and Pikachu Surf Minigame. FRLG has more to do, but LGPE is still more focused as a yellow remake than ORAS are as RS remakes. So that's my hope in remakes are in a pretty rough spot since they went from the killer HGSS, to the lacking ORAS, to the solid but safe LGPE.

Now that you mention it, I did find it to be very easy. I personally don't look for a challenge in Pokemon, but that's purely my opinion and having some challenge is good. That's really weird that they ditched so much stuff from it, but I guess Game Freak just loves to do that. They've ditched secret hideouts, game corner and pretty much every other unique idea.

It’ll be interesting if the next Pokemon remake will be remade in the style of Sword & Shield or if they’ll go for more of a Let’s Go style remake.

Insert the "3000 years" meme here and LET'S GO INTO THE UNDERGROUND!!!

It's probably my least favorite generation (not counting HG/SS) but I'd still play a Gen 4 remake as long as it's not in the style or Let's Go. I really don't want to see that stuff in the main series.