Blizzard says Nintendo can have any Overwatch character they want for Smash Bros. 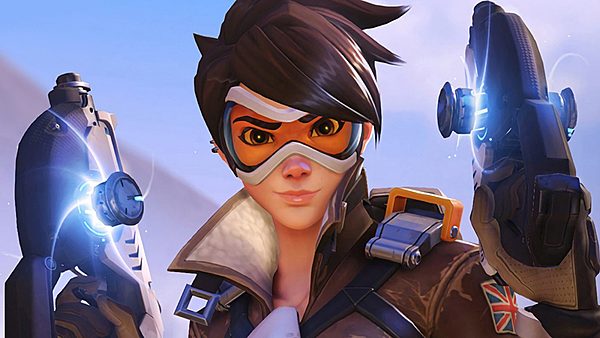 Overwatch is coming to the Switch in less than two weeks, finally giving Nintendo fans a chance to see what all the fuss is about. Blizzard is obviously excited about the move, and they're already thinking about what's next. Could an Overwatch character make their way to Smash Bros.? That's completely up to Nintendo, because Blizzard is more than willing to let it happen. Jeff Kaplan, vice president at Blizzard Entertainment, shared that tidbit in an IGN interview.

"To the Smash Brothers team, whatever character you want, we love them all. They’re all our babies, you can have any single one of them. We have 31 to choose from. Tracer's our girl, Tracer's our mascot. She'd be my first choice. There's a lot of great runners up. I think a lot of people can immediately see Doomfist gameplay applying to Smash, but if it were up to me, I'd like to see Tracer."

How about none of them?

How about none of them?

How about "stop treating a character slot as a free advertisement for an irrelevant port?"

To be fair 2 out of the 5 aren't ads for irrelevant ports, rather for games that aren't on Nintendo hardware.

I'm not a fan of the idea. Over-Watch doesn't have the history or presence with Nintendo and would feel like a marketing push similar to Ready Player One.... or Persona 5

I gotta be loud on this cause I know people who want Overwatch in will be atrociously loud and it needs a counter.

Reminds me of the story of the Little Red Hen, where all those little chicks skipped out on the work of baking but showed up eager to eat the cake when it was done. I guess Blizzard has been a little more supportive of Nintendo after putting Diablo 3 on the Switch, but the port for Overwatch supposedly mostly happened through Nintendo pushing for it.

Overwatch does have some appealing characters in it, but I'm tired of the game and I'm not really itching to see any of them in Smash. Even their mascot Tracer seems like such a flash-in-the-pan when you put her alongside the enduring industry icons in Smash. (to be fair, Joker felt that way too, as did each Pokemon and Fire Emblem character they added in the past couple of games)

Christ, none of them, especially Tracer, dva or Mercy.

if they were to add a character from overwatch, i can see them adding tracer

I think Tracer could have an interesting moveset but for a new character that's only been in one game that's only now getting a port... it would seem kinda weird. Smash immortalizes characters and I can't guarantee Tracer will survive a decade.

Though I felt similarly for Joker I guess.

Well... at least they ported the game to Switch before talking about Smash... right?

What I'm about to say comes from someone who plays a lot of Overwatch, and genuinely loves that game.

I'll happily take any other Blizzard character from any of their other game franchises (more specifically Warcraft or Diablo, but that's not the point of this comment). I really don't want to see an Overwatch character in Smash. I like D.Va and Tracer don't get me wrong, just not as smash characters.

Nintendo files patent for protecting IC tags within toys
May 30, 17:35 by haku_firestone
GoNintendo Podcast Webisode 772 records LIVE at 3:15 PM ET
May 30, 16:49 by drew ciccotelli
Final Fantasy Crystal Chronicles: Remastered Edition appears to have local co-op
May 30, 16:18 by sanderevers
Mother Russia Bleeds getting physical release from Special Reserve Games, Limited Run Games offering a variant cover
May 30, 15:52 by pajob
Reggie was confused for a security guard at his first E3
May 30, 15:45 by hammergalladebro May 30, 15:30 by drew ciccotelli