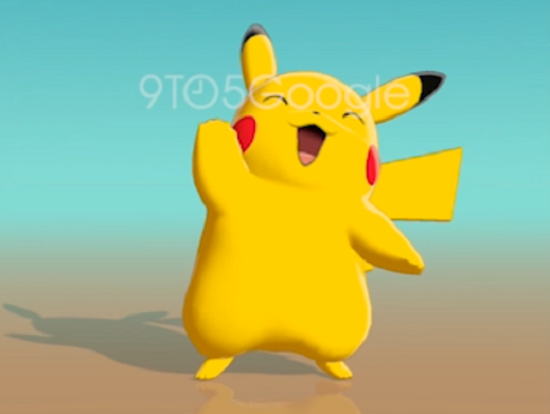 Here's a bit of surprising information for you. Pokemon Co. and Google recently teamed up to work on a Soli demo app for the Google Pixel 4 and Pixel 4 XL. Obviously there's some information that needs to be explained there, so let's start at the top.

Soli is an experimental Google project with new sensing technology that uses miniature radar to detect touchless gesture interactions. Google is working on various projects to utilize this Soli tech, and one of those projects had them team up with Pokemon Co..

The two joined forces to create Pokemon Wave Hello, which is a demo to show off the Pixel 4’s new air gesture features. The demo features 5 different Pokémon (Pikachu, Scorbunny, Sobble, Grookey, and Eevee), and lets you play with them using various gestures, or contacts with the screen.

Equally interesting is the fact that the demo specifically makes mention of Pokemon Sword and Shield, and even shows their logos. Obviously some of the Pokemon mentioned above are debuting in Sword and Shield, but it seems like this Pokemon Wave Hello demo is meant as a promotional app for Sword and Shield's release as well. Perhaps the app will actually see release to the public.

If you want to see some more screens of the Pokemon Wave Hello demo, or actually see some footage of it in action, you can find the media here.

Thanks to Kolma for the heads up!
Submitted by: kolma
Source: Link
Rating: 1

An interesting gimmick, but nothing more than that. It won't add anything of note to any Pokemon games.