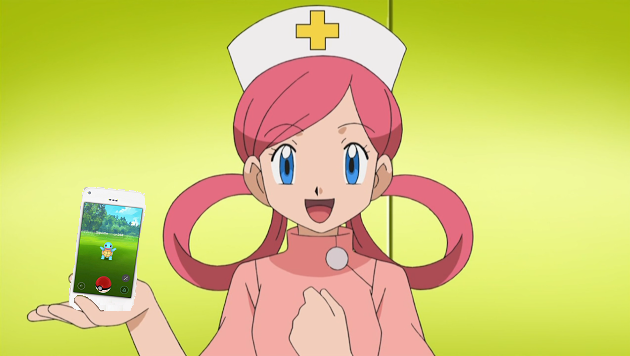 Pokemon Company President and CEO Tsunekazu Ishihara recently gave a speech at the Healthcare x Gamification Forum, and of course, he focused on the health benefits of Pokemon GO. Ishihara stated that Pokemon GO players have walked 23 billion km in total since the game launched. This figure was achieved by saying that a single step is 0.7km walked, and players around the world have taken 32.8 trillion steps altogether.

Ishihara took things a bit further by citing a report by the University of Tsukuba, which says that for every step a person takes, they save 0.061 yen in medical fees. That lead Ishihara to conclude that Pokemon GO players worldwide have saved about $18 billion in medical fees.

This figure was achieved by saying that a single step is 0.7km walked, and players around the world have taken 32.8 trillion steps altogether.

Actual article states the number is a single step is 0.7 meters. You'd have to have some crazy legs to step 0.7km's :P

I wonder how I can do those crazy 0.7km steps.

I dislike the fact that this is measured with money (don't ask me how else it could be measured...), but this simply makes this objectively the best game in the world, this is what I've always said.

I mean, we do need more reports like these that show governments that investing in services that promote health will ultimate save them tons in medical fees.

Lol wut? Yes Pokemon Go has gotten some people walking more than they previously did but....that dollar amount.....no. That’s just silly reaching that doesn’t take so many other variables into account.

Are they including the future medical costs of each person who has been killed by Pokemon Go?

Oh joy..still have to pay bucks for the ingame items.

Wonder how many of the miles are from spoofers

Sakurai looks back on his first interview with Iwata, and what it was like working alongside him
Jan 28, 08:50 by vinlauria Jan 28, 00:20 by socar
Nintendo re-ups trademarks for 39 existing games
Jan 28, 05:50 by smasher89
The Witcher author has not played the game adaptations
Jan 28, 04:49 by seansneachta
Not Tonight: Take Back Control Edition publisher has no idea if the game will sell well on Switch
Jan 28, 02:50 by jumpmanfr
Go for glory in the Tetris 99 11th MAXIMUS CUP Lunar New Year Challenge
Jan 28, 02:18 by autumnalblake