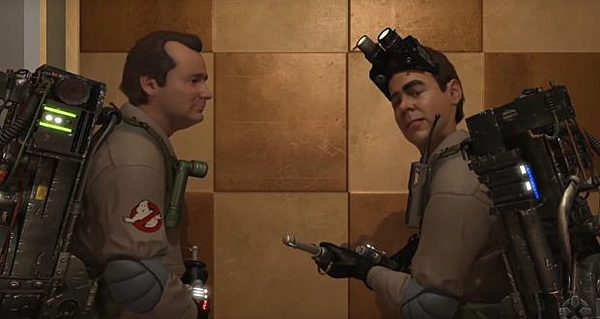 Ghostbusters: The Video Game Remastered had a very rocky road to releasing. Bringing the 2009 title back for today's audience proved quite tricky due to tracking down rights holders and working out licensing. Unfortunately, one area that couldn't be worked out was the multiplayer component, which was left out of the remaster altogether.

In a GamesBeat interview with Saber VP of business development Matt McKnight, we learn that a completely separate company was the one who created the online multiplayer code, and that was based on an unfinished version of the game. After a bit more legwork, Saber found 6 different copies of that multiplayer code, and they had no idea which one made its way into the final version of the game back in 2009. This is why Saber decided to ship the remaster sans multiplayer.

As of right now, Saber still hasn't fully closed the door on adding in that muliplayer content. While it sounds like the modes most likely return, Saber has said they're currently evaluation the situation.

The multiplayer wasn't spectacular, but there were good ideas. I think a more fleshed out co-op experience or some sort of asymmetrical multiplayer would be the way to go. All of it would be even more interesting on Switch if you could do local multiplayer with multiple systems.

They should remake the multiplayer from scratch. That way, they can improve upon it. You know what ghost game had good multiplayer? Giest on the GCN! Can we get a remake of that, and Eternal Darkness too? Sorry, I got a bit off topic there.