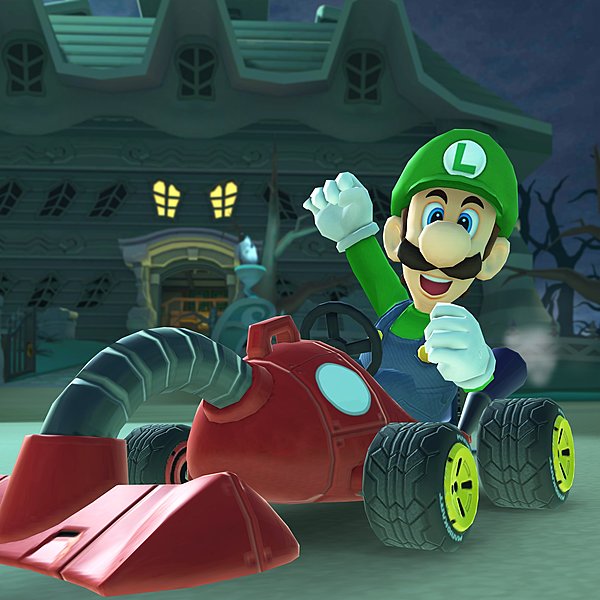 Luigi was added to Mario Kart Tour the other day, and now the Luigi's Mansion track is officially on its way. It's the perfect time of the year to give it a go! 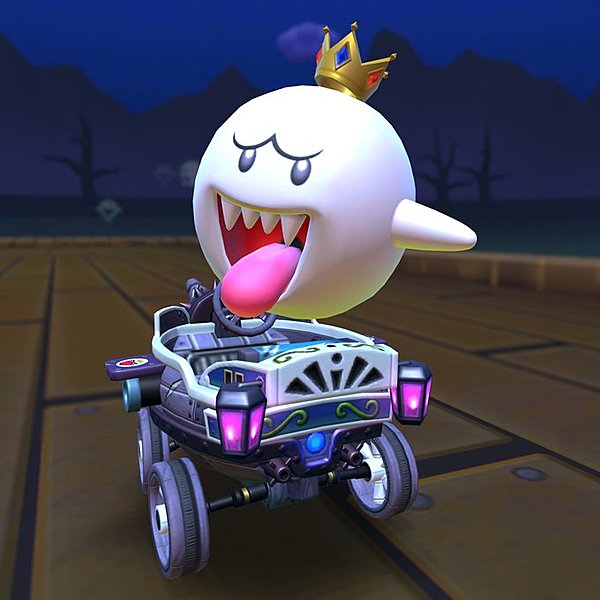 Along with the Luigi's Mansion track, you'll also be able to hunt down King Boo in the game! He's coming to tear up the track and take out the competition.

The disparity between King Boo's design in the Mario Kart games compared to his design in the Luigi's Mansion games is something I have yet to understand.

Agreed it really ticks me off Nintendo never uses the ACTUAL King Boo design from Luigis Mansion series in the spin-offs. The LM design has a cooler more menacing edge to him where as the Mario spin-off one is just a slightly bigger Boo with a generic crown on...it sucks.

Isn't this the Mario Sunshine King Boo design? ...you know, the minor boss character you fight in the hotel level? The one who is no where near as important or cool looking as the King Boo you face in the Luigi's Mansion series... but he isn't a part of the mainstream Mario series so that's why the probably don't use him... which is dumb but let's face it, beyond a few DKC characters, they've never looked outside the mainstream Mario series for characters...

Either way, the Luigi's Mansion design would be much more interesting to see in the Mario Kart series, since it's got a lot more charm to it and stands out more from the typical Boo one overall.

Yeah, the Luigi's Mansion design would be so much better... but like I said, beyond DKC they don't really add much beyond the mainstream Mario stuff to spin-offs...

I wish Nintendo would utilize the Kong family more in Mario Spin-offs but unfortunately they dont.

Luigi's Mansion style King Boo is now an alternate form/outfit/character for this game.

RMC, your info is wrong. These characters release at 2AM ET on Wednesday when the new Tour begins.