The nitty gritty from the reviewers
23 October, 2019 by rawmeatcowboy | Comments: 2 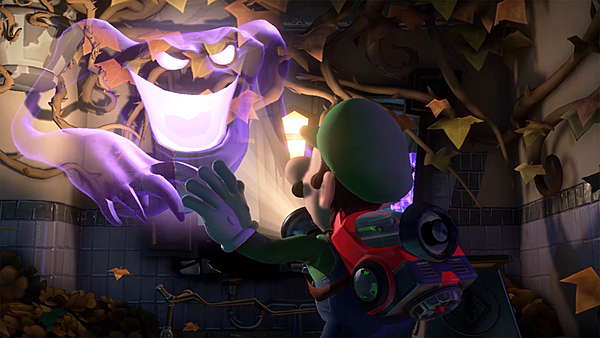 Famitsu gave Luigi's Mansion 3 a 33 out of 40, which we shared yesterday. Want to know what the 4 reviewers actually thought? Check out the full review details below!

1st reviewer: It takes place in a ghost hotel, and the construction of each floor is done greatly. With surprises like “Eh, this thing moves! Can I enter here!?” I unintentionally took lots of detour due to the fun of sucking every little things inside the room. I became enthusiastic in gathering money and finding gems, so I tend to end up postponing the rescue of Mario and the others… Because there are many hidden features, this has a perfect compatibility with Joy-Con sharing multiplayer as you can explore while conversing noisily. The enemy ghosts are also unique and good. 9

2nd reviewer: The series’ characteristics – such as the comical horror taste, unexpected brain testing in solving puzzles, and capturing ghosts – are still preserved well. The new Slam action is thrilling; it produces a liveliness in attacking & defending against ghosts, which is good. The gimmick solving features by switching controls to Gooigi is also nice. As for the methods to beat bosses, you have to observe them well and get an insight; that’s part of what makes it interesting, but perhaps there may be some people who might feel like it’s a bit difficult. 8

3rd reviewer: My heart throbs every time I open a door. The Halloween mood swells up in the comical horror house~. As you proceed with the exploration, the feature to capture ghosts will be eventually added, allowing a variety of actions to be unleashed and not making it boring. My frank impression is that this is a usual Luigi’s Mansion game, but the natural update to fit the hardware is just as expected. The series’ unique inherent flavor is kept as-is, and it’s being finished up to not let people feel that it’s outdated. 8

4th reviewer: The direction as an action game with an emphasis on “honest fun on stepping according to procedures” is the same as the series’ past titles. The quality and quantity of things sucked by the vacuum have both gone up, and so does the sense of exhilaration. The game tempo itself is comfortable, so people who enjoy it with a unique sense of humour should be able to spend some luxury time. The mini-games, which are built for multiplayer as a premise, can also be used as a fairly good amusement. 8

"As for the methods to beat bosses, you have to observe them well and get an insight; that’s part of what makes it interesting, but perhaps there may be some people who might feel like it’s a bit difficult. 8"

They knocked it for having to think out how to beat a boss. Wow. I give this review a 7.

Not any worse than IGN complaining about how Tropical Freeze's boss battles took too long and were too challenging. I like that the bosses take more than 3 hits and last longer than 30 seconds like most of 2D Mario bosses.