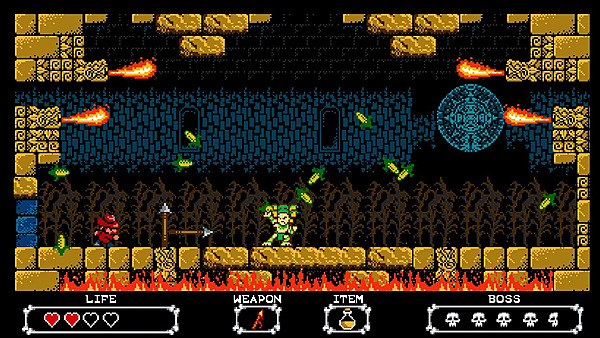 Sydney Hunter and the Curse of the Mayan hit the Switch back in Sept. 2019, and it certainly looks like something that could have been made for the NES. In a dev blog for the title, we learn that the game actually did start life as an NES project. Check out a snippet from the blog below.

When we started working on Sydney Hunter and the Curse of the Mayan back in 2014, it was supposed to be an NES game. I was one of the project leads and helped with story, character development, game direction, and testing. We love Montezuma’s Revenge – so we wanted to create a Montezuma’s Revenge-type clone for the NES. We’re all fans of the Battle Kid games by Sivak Games as well; if you’re not familiar with these two games, they’re platformer homebrew games for the NES.