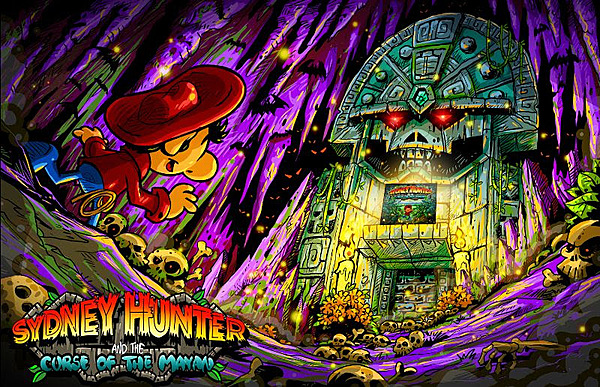 CollectorVision Games’ retro platformer Sydney Hunter and the Curse of the Mayan is celebrating Día de los Muertos and Halloween with a massive sale and quality-of-life improvements!

Today, the Nintendo Switch and Steam versions will drop to a wallet-friendly $9.99. The brainchild of John Lester AKA Gamester81 on YouTube, Sydney Hunter and the Curse of the Mayan will remain on sale through Monday, November 10. (The Nintendo of Europe sale will run November 11-24.)

But wait – there’s more! The Steam version has been further polished after some early feedback; the Switch port will match the Steam version once it passes Lot Check.
Updated Controls: Added a keyboard mapping option and changed controller default controls so both Y and A are now assigned to Attack. The “Up + Attack” feature – intended for those using the awesome NES-style Switch controller – is now disabled by default (preventing accidental use by those using the standard controllers).
Improved Difficulty Balance: The game is now more forgiving; players remain invincible a little longer after taking a hit – and a brand new save spot has been included at a convenient location early in the game.

ABOUT SYDNEY HUNTER AND THE CURSE OF THE MAYAN

In this pixel-perfect homage to Commodore 64’s classic Montezuma’s Revenge, you play as Sydney Hunter – an explorer who gets trapped inside a Mayan pyramid while he’s out exploring! He soon discovers that the “Feathered Serpent” Kukulkan has broken up the sacred Haab calendar into seven individual pieces and has hidden them inside a pyramid.

Widespread chaos and a time freeze will certainly follow if the Haab calendar isn't located and put back together. With the support of the local Mayan population, Sydney Hunter must now find all seven pieces of the Haab calendar, defeat Kukulkan, and return peace and balance to the Mayan civilization.

Are you ready to beat the Curse of the Mayan?

Sydney Hunter and the Curse of the Mayan is available on Steam and the Nintendo Switch. To celebrate Día de los Muertos/Halloween, the game will be discounted by 50% October 28 through November 10 – dropping $10.00 from $19.99 to $9.99. (The Nintendo of Europe sale will start a little later – running November 11-24 on each country’s eShop.)