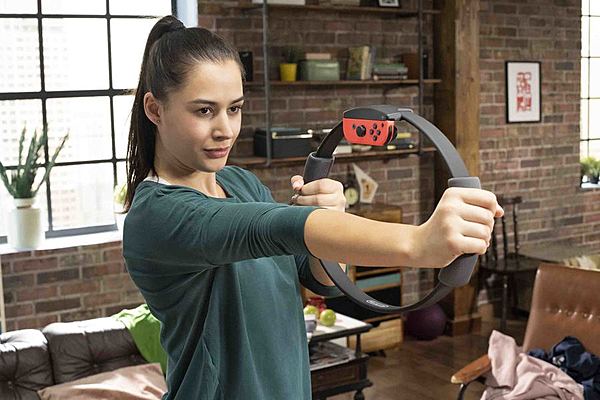 Numerous third party accessory and peripheral manufacturers create controllers and more for Switch. Some of the products are great, and others aren't so hot. It's always a crap shoot with third party efforts, but in some instances, your only option is the first party outing.

That's the case with the Ring Fit Adventure Ring-Con, which is only made by Nintendo. Rumor has it that a Chinese manufacturer was trying to make their own Ring-Con controller. We're not sure if they planned on selling as a legit replacement or a knock-off, but either way, it seems the project isn't moving forward. Apparently the manufacturer involved with actually replicating the Ring-Con failed in their efforts, and the project was scrapped.

Probably going to sell it for fit ring quest on the Tencent Swap.

Nintendo's former president once said game devs/pubs should copy each other's ideas
May 24, 21:41 by hawk May 24, 21:31 by ben_goldentriforce
Borderlands: Legendary Collection physical release requires a download of at least 42 GB, Bioshock: The Collection requires 31 GB, XCOM 2 Collection requires 24 GB
May 24, 21:39 by drew ciccotelli
Animal Crossing: New Horizons' strategy guide makes it sound like Gyroids are coming back
May 24, 21:38 by hawk
Team Ketchup takes home the win in Splatoon 2's latest Splatfest
May 24, 21:14 by kcst
Suda51 talks chances of The Silver Case, Killer7, and Killer is Dead coming to Switch, wants to remake Flower, Sun, and Rain
May 24, 20:13 by justthetrick