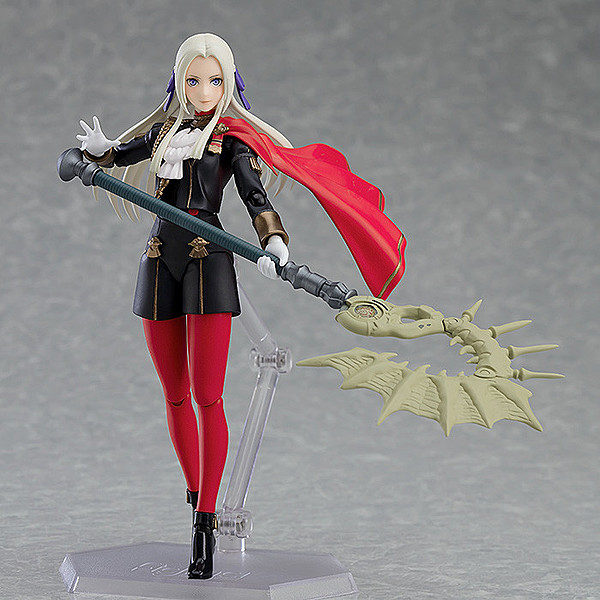 The previously-announced Fire Emblem: Three Houses 'Edelgard' figma isn't coming out until July 2020, but preorders for the figurine are open today. You'll have to import through Amazon Japan, which you can do right here. Check out more details on the figurine below.

- The smooth yet posable figma joints allow you to act out a variety of different scenes.
- She comes with two face plates including a smiling face and a shouting face for combat scenes.
- Her Killer Axe and Aymr are included as optional parts.
- An articulated figma stand is included, which allows various poses to be taken.

You can also order via amiami…
https://www.amiami.com/eng/detail/?gcode=FIGURE-054225