Sonic's 'Puma' branded kicks from the Sonic Movie may be an actual product, Puma says "stay tuned for release updates" 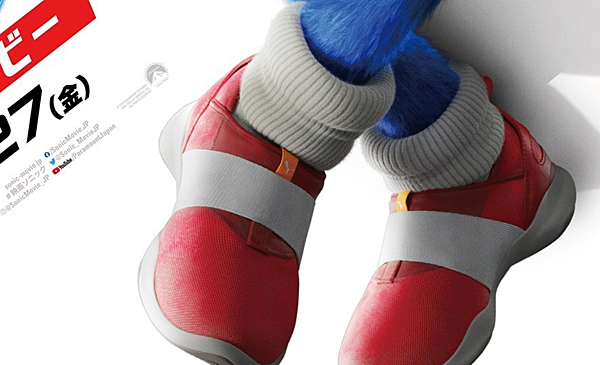 As many already know, a new trailer for the Sonic The Hedgehog movie released yesterday. Sonic's design change has brought pretty much the entire internet together in celebration. Other then the Hedgehogs facial structure, one of the key differences was his newly rendered shoes! The best look we've seen of the kicks are via the Japanese Sonic Movie poster, and some have noticed a small Puma logo featured on the shoe. According to Puma's official Twitter page, it seems as though this isn't just product placement. These shoes might actually be a company collaboration between Paramount, Sega, and Puma! While details are extremely vague, the shoe manufacturer says to "Stay tuned to Puma.com for release updates." Hopefully this isn't just an automated response, as fans have had their eye on Sonic's iconic red shoes since the 90s.

To me, the shoes were one of the best aspects of the redesign! I'd be pretty tempted to get a real pair