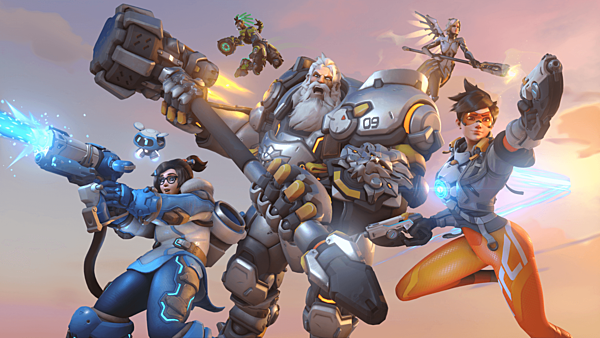 Overwatch 2 is doing things quite a bit different from your standard game sequel. All the content that appears in this second game will also be available to those who are playing the first. That has lead some to believe that Overwatch 2 is just glorified DLC, but director Jeff Kaplan wants to change that thinking. He offered up a comment on the matter in an interview with the Washington Post.

“This isn’t just DLC or an expansion. I play a lot of games. I can’t think of a single DLC or expansion of this magnitude.”

I guess it could be similar to Splatoon 2 where the battles were mostly the same, but that still had mostly new content...

That's how I read it based on the Blizzcon info. It's just the same old Overwatch with a playable story and new PvE missions.

It is kinda sad we live in a time where they have to clarify that a sequel with a 2 at the end is not just dlc or an expansion pack.

DOOM Eternal to feature a new higher difficulty option
Jan 21, 19:25 by sikes primero
Netflix says The Witcher is on-track to be their biggest first season ever, reaching 76 million households in the first 4 weeks
Jan 21, 18:21 by clark2k Jan 21, 17:30 by fylo
DOOM Eternal executive producer says the game is coming to Switch 'a bit later' than other versions, no date announced
Jan 21, 18:05 by giant_reggie
Square Enix Collective is making a Switch announcement this week
Jan 21, 17:00 by drew ciccotelli
DOOM Eternal's director compares the game's difficulty settings to Mario Kart
Jan 21, 16:55 by drew ciccotelli