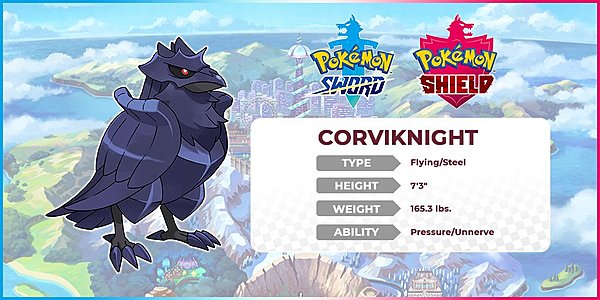 Although known for his artistic work on the Mega Man franchise, illustrator Hitoshi Ariga is no stranger to the Pokemon series. Having participated in character design in main-line Pokemon titles since X & Y, Hitoshi Ariga has returned for his developmental role on Sword and Shield.

Confirmation comes from the artist's Twitter account, revealing that he was the designer for the new Pokemon, Corviknight. Hitoshi Ariga announced that he worked on other Pokemon as well but can not yet talk about which ones, since it would be considered spoilers.

Ah man, that's disappointing. He's made some really cool designs but this is one I just don't care for much. I think it needed something else to help it stand out, you really have to look closely to see it's covered in steel.

People complain about newer pokemon having more basic shapes, less detail, and smoother 3D friendly designs, but Corviknight cuts against all that, without looking too busy.

Really? I think people complain the new designs have TOO MUCH details. At least, that's what I dislike about em. Corviknight's great though.

Now it's all starting to make sense why Corviknight's my fav new design.