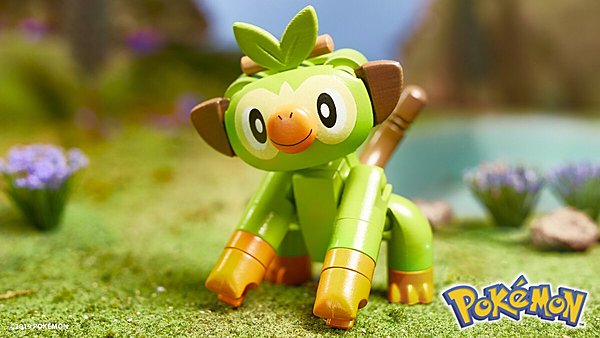 While practically no official information has been given, a picture of Grookey made of blox has been posted to the official Mega Construx Twitter account. The construction toy company has collaborated with Pokemon in the past, so it wouldn't be much of a surprise to see the rest of the new Gen-8 Starters in Mega Blox forms soon. While this could just be a custom figure just for a promotional image, it seems likely a retail release will be announced at some point in the near future.