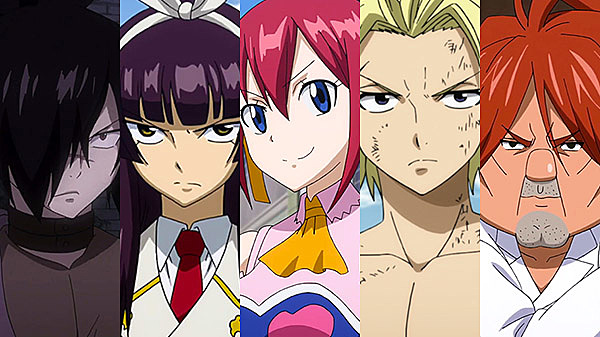 This week's issue of Famitsu confirms another round of playable characters for Fairy Tail. The lineup will now include Rogue Cheney, Kagura Mikazuchi, Sherria Blendy, Sting Eucliffe, and Ichiya Vandalay Kotobuki. There's also a quick mention on some gameplay moves as well, which you can find below.

Unison Raid – A combination magic attack by two characters.
Awakening – Drastically enhances a characters abilities for a fixed window of time.
Mode Change – A strengthened state that can be used by some characters.
Super Magic – Makarov backs you up with Super Magic. Has a fixed chance of being activated through continued magic cooperation.