Darksiders Genesis devs say the Switch version will be exactly the same as other versions content-wise, but some technical concessions will be made 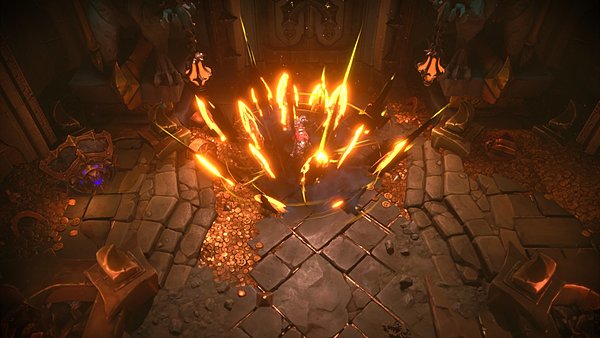 The dev team behind Darksiders Genesis is working hard to make sure the game performs as best as possible when running on Switch. While the game will be 100% the same content-wise, some of the technical aspects will different. Airship Syndicate CEO Joe Madureira and president Ryan Stefanelli detailed the situation in an interview with NintendoEverything.

JM: “And certainly, it is a different platform technically to work on then some of the others, so we’ll up making some concessions, but the team is working really hard right now to make sure that it’s as good as it can be.”

RS: “I mean really, that is kind of it – do what we gotta do to make it feel good, and we’ll see where it comes out in the wash. It’s what we had to do on Battle Chasers as well, and Battle Chasers was a unique challenge because the Switch had just come out, and Unity was brand new on Switch. I think we were one of the first two, three games that were of a decent size – maybe even period that were trying to come to the Switch based in Unity. We’ve gotten a taste of what the transition is like, and we’re getting a lot of help on it too, so hopefully Switch players will be happy with it. It’s really cool being able to bring a new Darksiders game to the Switch. We’re excited about it.”

At least they're using Unreal Engine 4 this time around, which should make for a better optimized port.