The start of a beautiful friendship
02 December, 2019 by rawmeatcowboy | Comments: 3 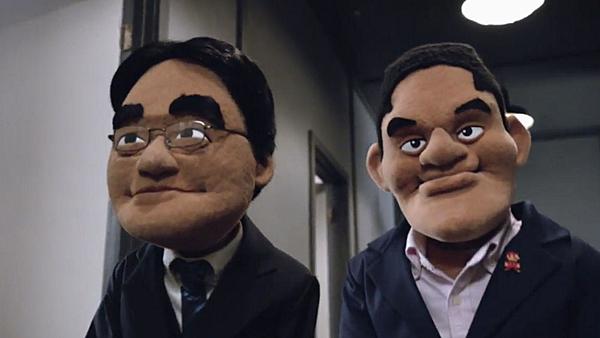 There's no doubt that Reggie and Iwata shared a very special relationship, and it turns out that started before Reggie event landed his gig at Nintendo. In an interview with GameDaily, Reggie Fils-Aime talks about the first time he got to speak with Satoru Iwata.

“I learned so much from, Mr. Iwata and I'll share a story. When I was being recruited for the opportunity to join Nintendo, I asked as part of the process to speak with Mr. Iwata. It was not going to be part of the process and as I learned later, it actually was a bit of a disruption in the process. Imagine from Nintendo's perspective, 'Who's this candidate thinking that he can spend time with our global president. This is not a role that is going to be based in Japan. Why does he want to talk with him?' I mean, you can imagine the types of conversations that must have been happening. But in the end they agreed for me to speak with Mr. Iwata before I would decide whether to accept the role.

It was set up to be a half-hour conversation and it ended up running much longer than that. And it really sets the stage for the type of business and personal relationship we would have. We would talk all the time. He was gracious in sharing his perspective. He was tremendously accommodating in hearing a unique point of view from me, a person who had no history in the video game business other than as a player. But [he valued] my perspective because I brought a consumer sensibility. I brought a Western business sensibility. And the relationship that he and I had for almost 11 years, it was truly special and just, his openness with me and the things that we were able to do truly together, were just magical.”

Stories about Iwata still make me get all emotional. It'll always be too soon.

He was a good man.

Reggie really needs to a tell all book about his life.

It just shows how kind Nintendo can be at times. Like he said, they could have just said no but they didn't.

Somewhere, our friend is watching us and laughing with joy.

Nintendo re-ups trademarks for 39 existing games
Jan 28, 05:50 by smasher89 Jan 28, 00:18 by socar
The Witcher author has not played the game adaptations
Jan 28, 04:49 by seansneachta
Not Tonight: Take Back Control Edition publisher has no idea if the game will sell well on Switch
Jan 28, 02:50 by jumpmanfr
Go for glory in the Tetris 99 11th MAXIMUS CUP Lunar New Year Challenge
Jan 28, 02:18 by autumnalblake
Sakurai looks back on his first interview with Iwata, and what it was like working alongside him
Jan 28, 00:20 by socar