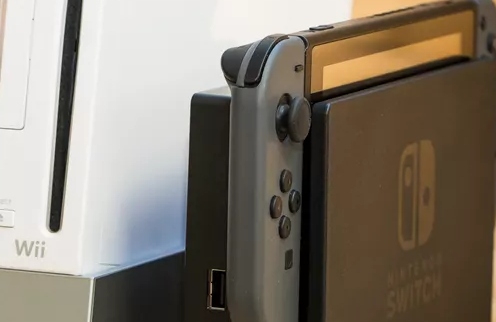 The Switch has been doing extremely well, and it seems like this holiday season will bring in another round of big sales. Just what can we expect in units sold moving forward? Nintendo isn't giving any specifics outside of their usual fiscal year estimates, but analysts are more than happy to spit out some numbers. Here's what Bloomberg has put forth, which compiles numbers from various analyst estimates.

“This is typically where sales begin to peak out, but it looks like the Switch may have a longer life cycle. With a desktop console and a portable player in a single machine, Nintendo has a very effective platform for selling game software.” - Kazunori Ito, an analyst at Morningstar Investment Services

“It’s a Pokemon title, so unless you are giving up on the franchise, it’s hard to imagine fans not buying it. Pokemon Sword and Shield will probably end up being the single largest game in terms of launch year revenue, probably bigger than Smash Bros..

The focus is the game, not the console itself. 2021 might be an even bigger year for title launches. There is a new Zelda game and it will be time for a mid-cycle refresh for all major Nintendo titles.”- Damian Thong, an analyst at Macquarie Group Ltd.

“The Switch can sell 20 million units annually for the next three years, so it should easily get to 100 million.” - Michael Pachter, an analyst at Wedbush Securities Inc.

It depends on a lot. Games are most important. Of course, and it seems the BOTW sequel could hit next X-mas already just to battle it out with the new wave of competition. But 2021 is really when theyhave to release a more powerfull Switch or it's successor me thinks... Third parties are important, like it or not.

I’ve always said that third parties are incredibly important for The health of any platform, and always dared Nintendo fans who don’t play them to step outside their comfort zone. Go play something like Doom, Witcher 3, Ys 8, LA Noire, Dragon’s Dogma or NBA! There’s 3,000 games for it now!

The success of buying third party games allow devs to consider Switch as a platform in the future, and even could release a version day one like MK9. That in turn gets people interested and gets them buying the console for that game. I saw a tweet of a WWE performer saying he bought a Switch so he could play Witcher on the road. There’s thousands of those kind of “got me interested” stories that we wouldn’t hear at a site like this.

I did that during the GameCube era when Nintendo was putting out too little and stuff I wasn’t super interested in (and Rare was now gone who filled some gaps for me), and it got me into series like Metal Gear, Tales of, Resident Evil, Prince of Persia, Splinter Cell and more.

Exactly! The thing the Switch could need is more original games made for it from the ground up, like with Astral Chain and Bayonetta 3 (when it happens), but for that 3rd party games have to sell too. Ninty can't pay fo everything... Yeah, yeah, Octopath is a console exclusive (so far).

But yeah. There are damn good 3rd party games on Switch, and I have a backlog there too. DBZ Xenoverse 2 is a game I have been thinking to really get back to lately.

Its funny because Nintendo as far as I can tell has never had that third party parity and has literally never attempted to do anything about it.

And yet, the DS and Wii did so well without the major third party titles out in their systems. Makes you wonder if Nintendo needs it.

The Wii has Maddens, Call of Duty’s, Guitar Hero’s, Sonics, Legos, Carnival Games, Just Dances and more that each had multiple installments sell millions of units on it on top of NBA 2Ks, WWEs, FIFAs, Rock Bands, and plethoras of popular licensed games (Frozen, Wipe Out) that sold hundreds of thousands per release. Hell, NHL 2K held out and made their last installment a Wii exclusive since the prior year sold better on Wii than PS3 and 360.

DS had over 2000 games, and even though people posting here wasn’t buying it over Hannah Montana, people elsewhere did, enough to break well over a million. Hell, that’s about what Paper Mario TTYD sold over here if you wanna compare. Plus many of the Wii games I mentioned above had DS counterparts plus games like Cooking Mama and the Final Fantasy 3 remake which did very well (as did Squares other remakes). Plus early on before the DS Lite, third parties were filling that early life like Phoenix Wright, Castlevania and Trauma Center.

Again people who post on game sites like this won’t be interested in some of these games, but it spurred people to invest in Nintendo hardware a decade ago to experience them or bought it to supplement their current system’s library. To say they had no support is ridiculous and was only looking at one side of the coin because it wasn’t getting Borderlands or Bioshock.

What it means is that they can't get all the third party developers to support their platform like how Sony and Microsoft can almost guarantee. Squenix for the longest time has never attempted to bring in the final fantasy games on Nintendo even now. Sure, there are some but not many.

And then there's these big devs like EA and Rockstar who will never change their minds and try Nintendo's platforms. And even if they do, the results would just not work out in the end. And this is simply because many of the devs can't understand how to develop or port their games to Nintendo platforms simply because of the time needed to do so.

You look at every single Nintendo console out there and the amount of third party support they have is just the same. Nintendo will unlikely get the third party paritiy that Sony and Microsoft get because that is just how they operate. And I guarantee you that even if they somehow bring in a powerful Switch pro, the result would likely be the same.

The Wii never had the advantage of absorbing Nintendo's handheld sales like the Switch did though. Anything less than 100 million should be considered a big failure. 150 million would be a more reasonable mark of excellence to shoot for since the Switch is considered two platforms in one.

The 3DS didn't even hit 100 million units and the Switch won't automatically hit it because Nintendo is down to one platform. Very few consoles have passed the 100 million mark. It will be a success regardless and 100m would be amazing numbers.

I gree to a point. The hybrid nature is the bigest selling point (but there is a Lite, yeah), which shows pretty damn good. But, again, the games are important and Ninty alone can't do it all... And with the competition next year, this will be interesting for sure.

Only 2 platforms ever hit 150M (the PS2 and DS) so I don't think shooting for that is a reasonable goal. I do think it better hit 100M, otherwise it won't have outsold 3DS + Wii U (90M) which were their worst selling handheld and console respectively.

Nintendo has already planned to increase the life cycle of the Switch. So if that isn't enough to make it reach that 100 million milestone, I don't know what else will. Because the longer it stays relevant, the more games will come to it.