Super Monkey Ball: Banana Blitz HD's success could pave the way for remakes of the first two games, or a new installment

Just give me the original Monkey Target, damnit!
02 December, 2019 by rawmeatcowboy | Comments: 6 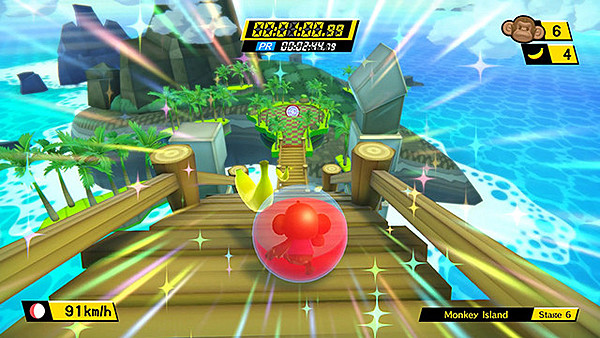 Thanks to OperationGamer17 for the heads up!
Submitted by: graystripe2000
Source: Link
Rating: 0

You really have to wonder what's going on sometimes.

"Yes we know this isn't the game that everyone wants, but we made it anyway and now if you buy enough of it we'll make the game that we know everyone actually wants."

How about...just making the product you already know has demand?

They remade Banana Blitz solely because it sold the most units. That's pretty much all the justification a company needs

It's so strange that instead of doing a little research into consumers of today, (or even WHY it sold the most units back in the day) they'd rather rely on just sales data from over a decade ago.

This! Seems silly to acknowledge it, yet have it dependent on the sales of one that very few even asked for.

Ah, the classic hostage situation. We'll hold the game you want hostage until you buy the game you don't want.

I actually felt this same way when Suda51 said something similar about if fans want No More Heroes 3 then we have to buy that No More Heroes spin-off he released in the eShop earlier this year.

So we have to buy this game that we didn't really ask for (and wasn't even that good) to get the game we actually want? Screw that. It made me think less of Suda51.