Littlewood will include a full-fledged card game as well, dev hoping to release the game on Switch by March 2020 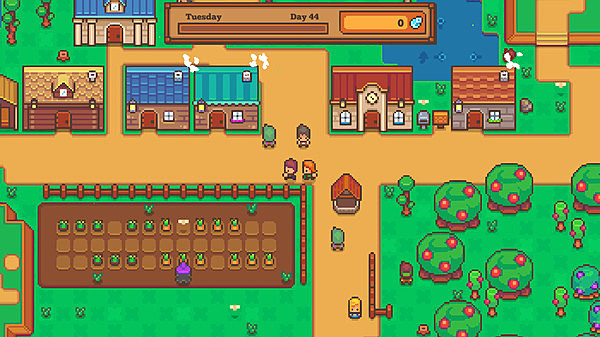 Littlewood is coming to Switch, thanks to a successful Kickstarter that brought in over $82k. The game is a mix of what makes Animal Crossing and Stardew Valley so popular, but it turns out the game will also include something completely different. A full-blown card game called Tarott Monster can be enjoyed, where the player and an NPC opponent take turns fighting each other with monsters.

In the game, monsters have “Defend” and “Support” abilities that enable dynamic and fast-paced gameplay. New cards are hidden throughout the game world, leaving plenty of room for deck expansion. Developer Sean Young explained Tarott Monster's inclusion in an interview with NintendoEnthusiast.

“One of my favorite RPGs of all time is Final Fantasy IX, which had a really cool card game. I love when games include in-depth mini-games like that, so I just had to include a card game of my own! I grew up with TCGs like Pokémon and Yu-Gi-Oh! as well, so card games are really special to me.”

Littlewood, including its card side-game, could see release on Switch by March 2020. The Steam version is set for release in Jan. 2020, and as long as all goes well, Switch owners will be able to go hands-on just a couple months later.