Xbox One narrowly beats out Switch for Black Fridays sales in the UK, but Switch bests its 2018 total, and was #1 in terms of revenue 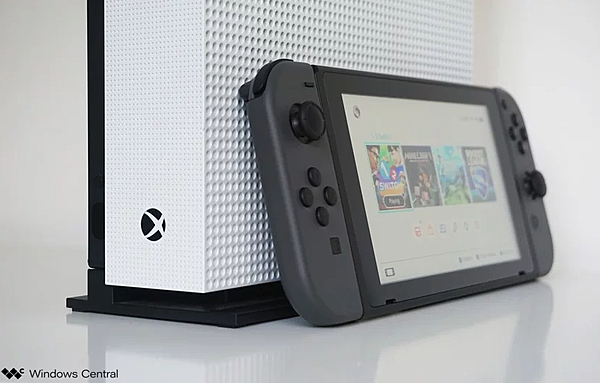 The Xbox One and Switch battled it out for Black Friday supremacy in the UK, but Xbox One managed to take the win. THe system moved over 100k during the week, and outsold Switch by just "just a handful of consoles." In other words, the Switch still did ridiculously well. Here's some stats on what the Switch pulled in in terms of sales.

- the Neon Switch with the longer battery life was the best-selling version
- Nintendo sold more Switch consoles during this Black Friday than it managed over the same period in 2018
- Switch was actually the No.1 console in terms of revenue
- Switch sales are up more than 13% overall year to date

That's not all too surprising considering Nintendo didn't exist in 201.

It's awesome that the sales are still on an upwards trend. Let's hope they have some big games next year to continue the momentum.

Rumour has it that BOTW2 could hit next year, probaly for X-mas, and that woud be the ONE game to steal some attention from PS5/Scarlet...

But I am guessing we'll see plenty of others games for 2020 on Switch that will be pretty good. It sure is about time Bayonetta shows hor beautiful face for the third round of madness =) But hey! Pikmin 4 should also be moving on... GAh... Hope the game "awards" has some good news.

2021 though might be barren if Ninty doesn't have a "Switch Pro" comin'.

That's not all too surprising considering Nintendo didn't exist in 201.

That all depends on what dimension you're in. HAH!

I'm glad Xbox One actually sold well for a change. They need all the momentum they can get to start next gen well. I wonder how well the PS4 did

Yeah. Happy to see MS back in the game..And also Nintendo, of course. Next year is going to be so darn interesting...

I guess Sony dd pretty good though. They are very careful to talk about the PS5.. That will happen early next year I guess..

I just hope that if they see a ton of success with the next Xbox that they don’t just piss away all of the good will they’ve earned over this last generation. Things like Game Pass and their dedication to cross play and working with competitors (letting Banjo in Smash, letting developers bring Xbox exclusives over to Switch etc) are really great and benefit everybody. It’d suck for them to regain that hubris that paved the way for the Xbox One to fail pretty much on arrival.

My hope that they will succeed comes from the fact that the current Xbox team is the one who made the turn-around this gen, and not the ones who screwed up on XBone's launch. Just because of Game Pass alone they deserve to make much more money.

No doubt that this mainly happened because most places were selling the digital only Xbox One S with Minecraft and Sea of Thieves for £129.99. A great deal all things considered; if you were looking for a current-gen console for yourself or for kids that was an awesome offer.

How the hell did Xbox perform so well? Weren't people complaining about the lack of first party support that Microsoft tends to avoid?