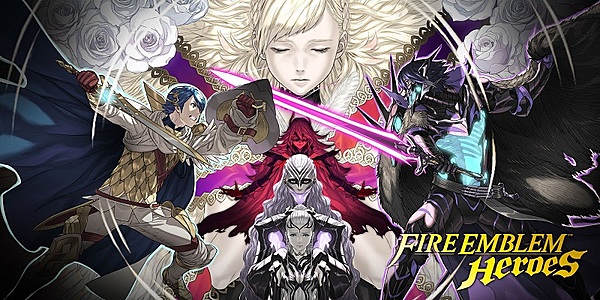 Book IV of the main story opens on 12/5. Clear Chapter 1 to receive Peony: Sweet Dream as a 5-star Hero!
New event, Mjölnir’s Strike, starts on 12/8.
Skills can now be learned and changed directly from a Hero’s profile screen.

Book IV of the main story will soon begin. The Order of Heroes enters the realm of dreams and confronts denizens of the realm of nightmares!

New event Mjölnir’s Strike has been added. Starting on 12/8 at 11:00 PM PT, players will cooperate to protect the Kingdom of Askr from Thórr’s army in the newest event, Mjölnir’s Strike! Score higher than the opposing army and claim victory to earn rewards. There’s a new type of reward, the Divine Code. They’re not useful right now, but use this opportunity to stock up! The first Shield phase starts on 12/8 at 11:00 PM PT.

New functionality added to the Hero profile screen. Skills can now be learned and changed directly from a Hero’s profile screen. Also, you can now use the Equip Skills function to equip Sacred Seals.

Aether Raids and Aether Resort have been updated.

Aether Resort has been updated. Three new songs have been added to the Concert Hall.

Some structures have had their level cap increased. Bright Shrine (O/D): up to level 5

The Arena is being updated. The number of extra points earned toward your score whenever you defeat a foe using a bonus Hero will be adjusted. This update will come into effect with the season starting on 12/9 at 11:00 PM PT.

[Events] The Final Results of the latest Voting Gauntlet event, Battle of Brawn, are now live. The winner is… Ike! Check out the special website for more details! (no end date)

[Other] The latest Feh Channel presentation is now live.