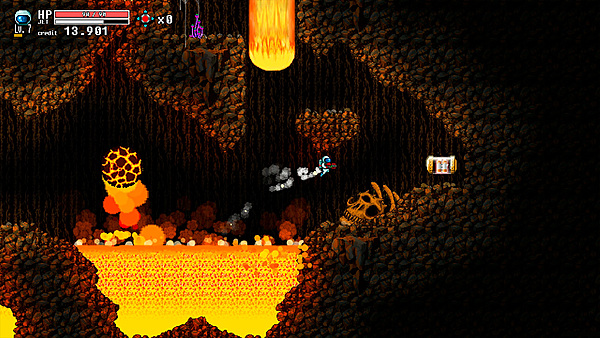 Willy Jetman: Astromonkey's Revenge is an arcade shooter full to the brim with action and shooting, inspired by the console classics of the 90s.

In the orbit of the planet Gravos there has been a terrible accident that has caused an environmental disaster, filling the planet with space garbage. Willy is a street sweeper whose mission will be to collect the garbage and take it to the recycling centres while facing countless enemies, but he will soon find out that his destiny is preparing more surprises than he could have imagined.

Enjoy this exciting adventure that will transport you to a faraway world. Explore, fight, earn experience, purchase weapons... don't let your guard down even for a second and save your friends to become the biggest intergalatic hero of all time... or not.

A mysterious accident causes an environmental disaster on a faraway planet. But don't worry, here's Willy, a friendly street sweeper who somehow gets wrapped up in the biggest space adventure ever told.

Take control of Willy, because if it were down to that lazy cow... the galaxy would explode tomorrow.