Remembering Satoru Iwata on what would have been his 60th birthday 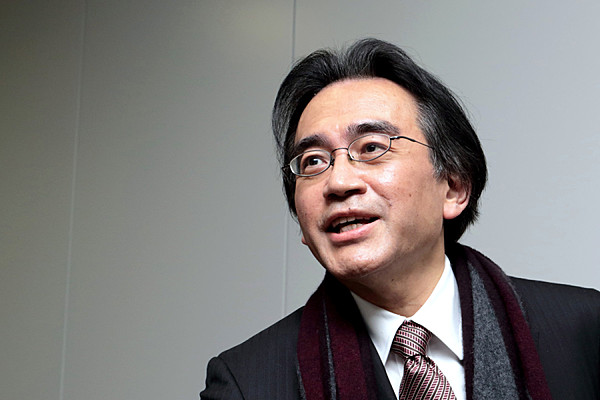 If Satoru Iwata were still alive, he would be celebrating his 60th birthday today. Sadly, he was taken from us far too soon, and the world of Nintendo has been in mourning ever since. While Iwata is still sorely missed, let's use this occasion to celebrate the man and his many accomplishments. I have just one story that sticks with me all these years later

While I never had the chance to interview Mr. Iwata, I did happen upon him at an event. I honestly don't even remember what the event was, but if I had to guess, I'd say it was a GDC many years ago. I desperately wanted to say hello to Mr. Iwata, as did many others. He was being inundated by people, all asking for autographs, pictures, and more. He had a smile on his face the entire time, and was more than happy to fulfill requests.

Instead of adding one more person to the pile, I decided to let Mr. Iwata wade through the sea of people who were hoping to have a moment with him. Right at the end of the mob, Mr. Iwata walked right by me. I looked over at him and let out a simple "hello," to which he waved, smiled back, and responded with an enthusiastic "hi!" before leaving the building. It was just a one-second interaction, but in that moment, I really got to see how genuine Iwata was in everything he did. It's a great memory to have now that he's gone, and one I'll always cherish.

Iwata was great. Captained Nintendo through ups and downs but always maintained his class.

I don’t know how others feel but I feel Nintendo have lost the connection Iwata had with fans, even moreso with Reggies retirement. They both resonated with fans.

I always felt the Reggie was a little too disingenuous so having Doug Bowser who is more low key feels better for me. As for Saturo Iwata... I'm not overly emotional specially if we are talking about some distant company CEO (distant in the sense of social standing, though perspective and familiarity). Now the day the news broke out about Iwata's death it made me felt like it was just to soon and I still miss he's appearances on directs and such. He had such a simplicity to him, like this familiar charm that made you not hate him even if you though he was wrong. He really had a connection with the consumers.