Metacritic reveals the top 50 best-reviewed games of the decade

Absolutely fantastic titles through and through
06 December, 2019 by rawmeatcowboy | Comments: 9 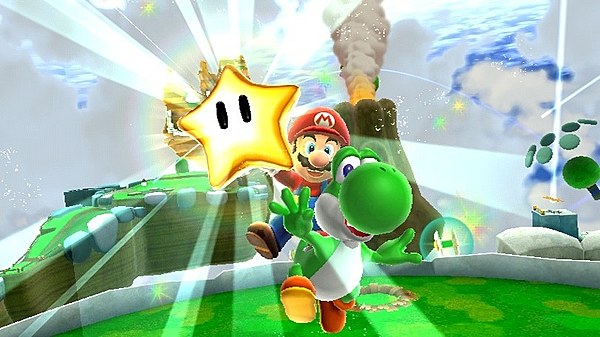 Can you believe the decade is coming to an end? 10 years full of amazing games, but which titles came out above all others? Metacritic put together the definitive list on top 50 best-reviewed games of the decade, and you can see the top 10 below. Hit up the link below for the full list.

I will never understand why The Legend of Zelda: Awkward Sword makes it onto any "best of" games list. There were so many tedious QOL failures in that game (e.g. - every item getting a popup explanation...every time) that its high scores always seem suspect, to me.

Of course, that's just my opinion, which doesn't count for much, and that's fine.

Yeah, I agree on that item thing. No idea why they did THAT. And Fi holding too much hand... But apart from that, I loved the game.

My opinion. And all opinions count, dontcha think?

Is it not a bit cheeky to have The Last of Us and it’s “remaster” counted twice?

Super Mario Galaxy 2 is so great. I’d love to replay it on Switch. Mass Effect 2 is also so damn fantastic. Love that trilogy.

It seems like a lot of games media want to ignore the Wii U ever happened. Just as - y'know - they wanted to ignore it existed while it was still active.

I went through a few of those lists and it's insulting the amount of times that lines akin to "incredible that such a good game that was stuck on the failure that was the Wii U" or "I breathed a sigh of relief when this game was ported to Switch/[other platform] rather than be forgotten with the Wii U" popped up. Maybe if those assholes hadn't been telling everyone to avoid the system while it was still active, it wouldn't have been such a flop and all of its great games that they oh-so-conveniently discovered as "hidden gems" after the fact but were initially "JUST ONE GAME, which I'm not buying a system for!" [for every game for the system] wouldn't have to supposedly wait for ports for them to get the stick out of their ass and play or recommend them. "Oh, but buying a console is so expensive!" Bitch, half of y'all lemmings dropped nigh-on half a grand to upgrade the PS4 you already bought to a PS4 Pro just for a modest bump from 900p to checkerboard "4K". Miss me with that "expensive" BS, you just thought it'd make you less of a "true gamer" if you owned one (referring to the general "you" here).

The snubbing of the Wii U was arguably the biggest tragedy of the decade, tied with this dishonest post-mortem reverence ("dishonest" being the key word) of Satoru Iwata, despite when he was still alive - up to and especially his final month - you couldn't get #FireIwata off the trending list. The man absolutely deserves reverence, but the way that so many people have disparaged Nintendo's "gray logo" Iwata era while at the same time only talking him up now that he's dead because now it gains them "gamer cred" to do so, it's just... ugh. If they truly cared, they'd have cared at the time, not after the fact.

Vile goddamn sheep. For all the great games released the past ten years, gamer and industry attitudes this decade has embittered me on gaming in a way I'd have thought impossible. This promising medium is in wholly unworthy hands.

Mario Galaxy 2 at the top as it should be

Galaxy 2 at number one?! Nice... so much better than the first... I mean, I get how it's a lot more linear than a regular "3D Mario", but at the same time it's so much more engaging and challenging and awesome than games like Galaxy or Sunshine...