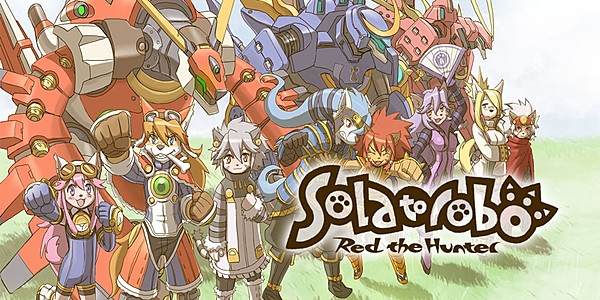 Solatorobo came out on the DS roughly 10 years ago. The game was pretty impressive for what it pulled off on DS, but it didn't find that big of an audience. Obviously fans of the title would like to see a remake of the game, but could that ever happen? CyberConnect2 boss Hiroshi Matsuyama commented on that topic, which you can find below.

“Of course, the possibility is there. As you know, Solaroboto was a game exclusively released on Nintendo DS. You all remember, right? Nintendo DS had two screens. The top screen was the play screen and the bottom one a touch panel.

On the operational side of things, it will be quite hard to port the game without a hardware that supports this system. It is possible to rebuild the touch panel system of Solatorobo, and integrate the bottom screen into a single screen, but would call for a complete remake. I feel that this would bring its own set of difficulties.

Solatorobo was released in Japan, the US, Europe and Asia in 2010, published by Bandai Namco (in Japan and Europe), but in terms of sales, it was not extraordinarily high. We sold about 100,000 copies worldwide. Based on that, if we remastered or remade the game, how many copies can we expect to sell? How much budget should we be allocating to the development for these projected sales? If we just did a simple port and just distributed it as a downloadable version, it would lose quite a bit of the original intended experience.

I personally think that, not only for our title Solatorobo, but also for a lot of other games that were made for the Nintendo DS and 3DS, a lot of us would like to re-release, whether just a downloadable version, an HD remastered version of these games, so that our current customers could play with our past properties, but at this time, I don’t think the industry is aiming for that goal yet. If we were to remake Solatorobo, we would start over from scratch.”

Solatorobo is the kind of game that's just begging for a remake. The graphics have aged like milk--actually, they weren't that great to begin with--but the game was super fun with a great story and charming characters. I'd adore a remake.

Not gonna happen I'm sure, but I'd still adore it.

I want to say a couple more things about the game for those who haven't played it. The gameplay is mind numbingly easy and repetitive, so it's all about the well polished design, visuals, characters and story. Those are where all the variety is found.

It says a lot about the quality of the worldbuilding that it was one of my favorite DS games even considering the mediocre gameplay.

I'd love a Solatorobo remake, but I don't see it happening. I think this one will remain as one of many DS cult classics.

EDIT: I also can't believe the game is 10 years old. I feel so old.

And this is why redoing games that were from DS ones are harder than you think.

I mean look at World ends with you. cleary the DS version is the ideal way to play the game.

is wild, cause for some time, been thinking be cool to see a remake or new version of the game when I found out still have the DS game

I really liked Solatorobo, despite hating the flying parts. A remake would be cool. However, I want to hear more about the follow up. It's been a while…

For the love of god and all that is holy, DO IT.

Sola to Robo is a great game, and it would be nice to see a remake of it.