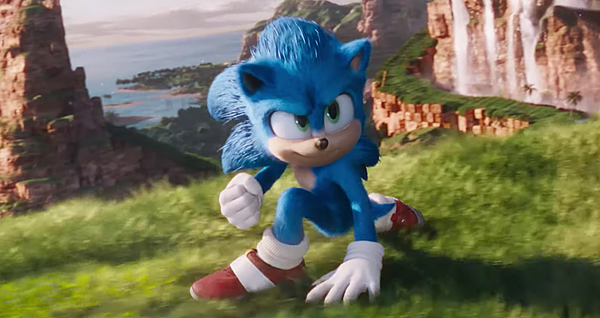 The Game Awards 2019 air this coming Thursday, and millions of gamers are gearing up for awards, reveals, and surprises. While show creator Geoff Keighly remains tight-lipped on the surprise side of things, he did mention a small something that Sonic fans might be interested to hear. When asked about potential show plans for anything related to Sonic's upcoming 30th anniversary, Keighly said the following.

Yeah...I don't know...we may do something fun with the movie that's coming out next year. We're still talking about that. Maybe we'll do something fun around that. We love Sonic, so Sonic may make an appearance in some form inside of the show.
Sounds like if something does happen, the idea is still being worked out. Doesn't sound like it's a lock just yet, but hopefully things will be hammered out before Thursday, and the Blue Blur will have some kind of presence on the show.

Thanks to Andreslop24 for the heads up!
Source: Link
Rating: -4

Have Jim Carrey do a skit as Robotnik.

Sega announcing their next Main Line Sonic game, hid within a Movie Trailer?

Don't blame them. You guys ASKED to delay the movie.