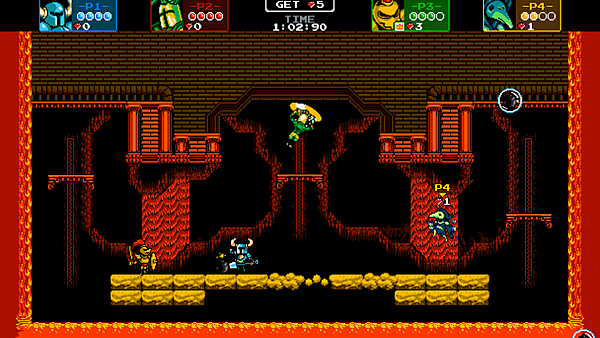 Shovel Knight Showdown is extremely different from all other Shovel Knight games up to this point, as it plays like more of a Smash Bros. clone than a 2D platformer. A radical departure for sure, but could it become the next big fighting game? Yacht Club certainly hopes so, as they indicated in an interview with QuarterCircles.

We would love to see it grow into its own franchise. It really depends on how everyone takes to it though. We hope everyone really gives it a go and has a ton of fun!

Check out a behind-the-scenes featurette on the Sonic the Hedgehog movie
Jan 28, 11:21 by mariohenri90
Not Tonight: Take Back Control Edition publisher has no idea if the game will sell well on Switch
Jan 28, 10:21 by mereel Jan 28, 02:50 by jumpmanfr
Sakurai looks back on his first interview with Iwata, and what it was like working alongside him
Jan 28, 08:50 by vinlauria
Nintendo re-ups trademarks for 39 existing games
Jan 28, 05:50 by smasher89
The Witcher author has not played the game adaptations
Jan 28, 04:49 by seansneachta