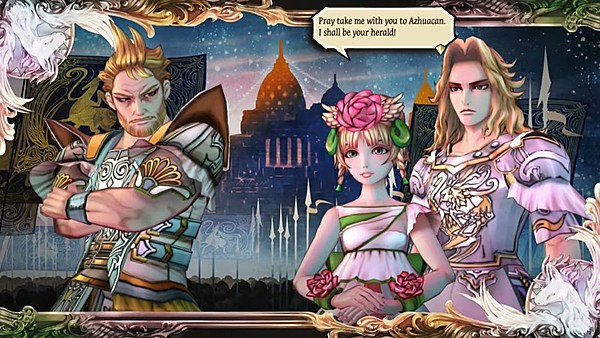 Localization super-team 8-4 has yet another project out here in the states. The company is behind the localization for Square-Enix's SaGa Scarlet Grace: Ambitions, and it seems to have been quite a project. Siliconera talked to 8-4's Graeme Howard to see just how big the project was.

Our involvement on this project began in mid-2018 and continued for just over one year, which is about standard for a game of the scope. Between the four main characters and the sheer volume of events that occur across the world, it was roughly the same amount of work as translating four modestly sized RPGs! The greatest challenge in its localization was born of the game’s inherently nonlinear structure that allows players to engage in events across the world more or less at their own pleasure, which required we put lots of thought into ensuring everything makes sense no matter where a player might currently be in their journey.