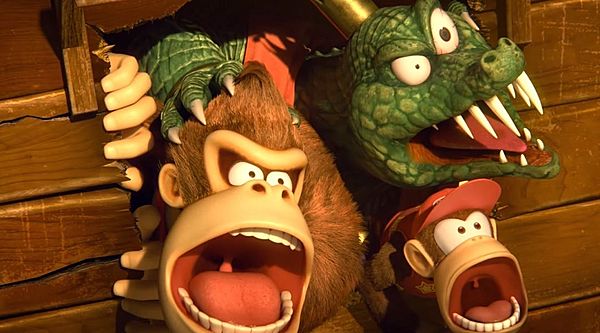 Thanks to Andreslop24 for the heads up!
Source: link
Rating: 10

Good for Sakurai and team. With all the updates it seems it will have very long legs.. Not just in sales, but in replayability ...

If youre a real completionist with short bursts of game time that spirit board could last you years.

Drew, I've noticed. And they seem to be adding more in small doses too. And as hinted to above it's good to see we'll get more fighters and stages along the road. But it's it only that. Going from Smash WiiU to Ultimate it's obvious they fine tuned and perfected the gameplay. It's more "intense" now and I get a kick out of that.

Of course it's impossible to satisfy all the Smash fans with new fighters I got Bayonetta, Ryu etc...But I sure could go for TErra from FF6) but the detail and passion and lore they do put into the characters are really great. Terry and I have become a damn good team.

And come on! o where else can Mario, Zelda, Samus, Bayonetta, Terry, Joker, Mega Man and Piranha Plant fight it out in Midgard with all odd objects making chasos such a joy =)

Now for some awards.

The Legend of Zelda celebrates its 34th anniversary
Feb 21, 19:39 by pajob
Shin'en discusses why they went with voxels for The Touryst, and playing with the "absence of things" to create a special look
Feb 21, 19:36 by pajob
Musician St. Vincent says she's put 300 hours into The Legend of Zelda: Breath of the Wild
Feb 21, 19:28 by kendricklamario
Mortal Kombat co-creator says having the series represented in Smash Bros. Ultimate would be 'a really cool thing to see'
Feb 21, 19:25 by jd Feb 21, 19:13 by ridleysaria Feb 21, 19:12 by ngamer01