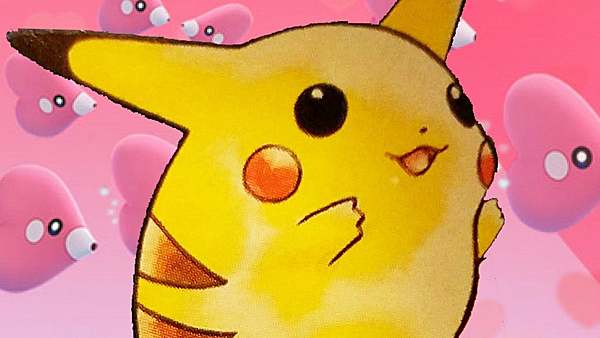 Back when Pokemon premiered, Pikachu's design was quite a bit chubbier. That design didn't stay around long though, as Pikachu ended up getting a makeover that had him a bit thinner. Turns out it was the Pokemon anime that lead to this design change, as explained by Ken Sugimori below.

"We were also influenced by the introduction of the [anime]. Since the animation had them doing a variety of movements, including human-like gestures, we changed the shape of Pikachu's body to make acting easier. While Pikachu was originally very short and stout, we gradually gave it a more defined neck and elongated its spine. The Pikachu appearing in the Pokemon series after the broadcast of the animated series was influenced by how it appeared in the show."