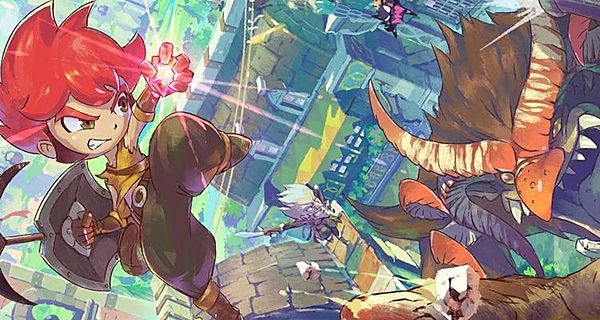 2019 might be over, but we've still got some backlog reviews to work through! Today we have a review of Little Town Hero from NintenDaan. See what he thought of the game below!

While I can understand the disappointment some people have, I adore the original games that Game Freak makes. Games like Pocket Card Jockey and GIGA WRECKER offer up fresh ideas, which is what I personally prefer when gaming. While not every idea of theirs is a winner, I think discussing the game's creation can be just as interesting. That approach to Game Freak's work applies perfectly to Little Town Hero, the latest original offering from the developer.

Little Town Hero is quite unique, making it hard to wrap your head around. The game is fairly complex, and doesn't do anything to ease newcomers into the experience. If you're willing to dedicate the time this game requires, you should find Little Town Hero to be quite charming when all's said and done. 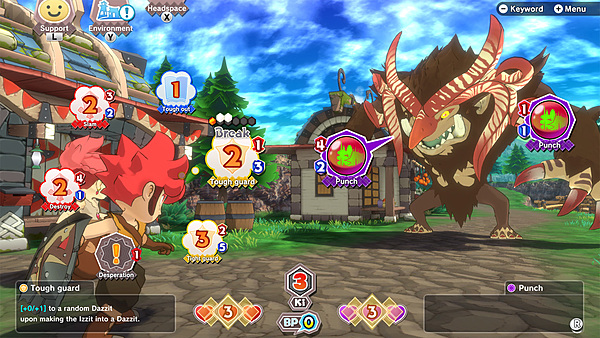 Little Town Hero puts you in the role of Axe, a boy who lives in a town that's walled off from the outside world. Axe wants to see what is beyond those walls, even after hearing tales of monsters hiding outside the town's safety. Those same monsters come in and attack Axe in the opening moments of the game, thrusting you into the game's world.

The dialogue in Little Town Hero is rather cute, but doesn't play into a story of grand scale. This is a mini-RPG experience focused on characters, and the overall story usually sticks to these humble beginnings. With that said, the personality of Axe and his friends is still something that'll have you smiling throughout.

Little Town Hero can be best described as a game of two halves. The first half is where you explore the town, which is actually somewhat sizable. You'll make your way through mining areas, shopping districts, and much more, which gives you plenty to do and see. While making your way through town, you can take on various side-quests, which I found to be quite enjoyable. Most of these side-quests offer up lore about the town, as well as the mysteries hidden within. Others are more classic-style fetch quests that don't really push the game forward. 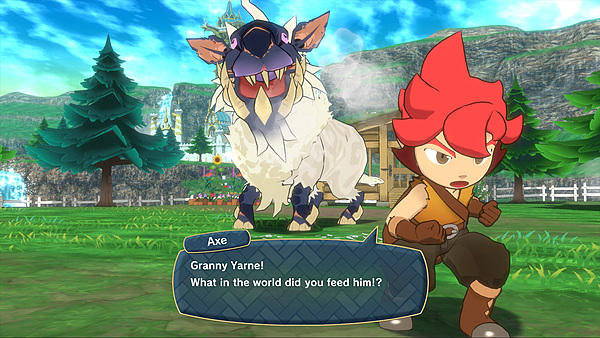 While not the most exciting, these fetch quests do net you some decent rewards, such as Eureka Points. These points are used to develop Axe's abilities over time, as there is no traditional battle or leveling system. Eureka Points can be spent on a large skill tree, which allow you to do more in the other half of the game.

When not exploring your town, another big aspect of Little Town Hero is spent battling. In this unique battle setup, you are dealt ''Izzits,'' which are basically battle ideas that appear around Axe. You choose one of these ideas and turn it into an action ''Dazzits," which requires you to spend a certain amount of action points to utilize it. The problem is that you can only have six points at one time, which forces you to make some rather tough decisions. Furthermore, you can only attack when you have destroyed your opponent's entire hand of "Izzits." The battle mechanic is quite addictive, as there's elements of luck and skill mixed together. Even with strategy in mind, sometimes one wrong move can really throw things out of whack.

Between turns, you roll a pseudo dice block to move across a game board. By landing on specific spaces, Axe will receive various buffs, or an additional attack from an ally. As every Dazzit comes with a specific amount of attack and defense points, getting to these special spaces can make or break the battles ahead. With only a limited amount of Izzits and points available, the first few turns quickly turn into a defensive affair. This can be frustrating, but it's important to keep looking ahead, and plan for what's to come. You work your way through the game slowly and build up strength, and hopefully you'll have luck on your side as well. 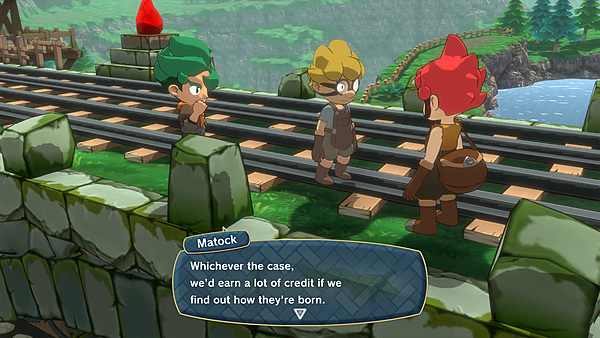 Presentation-wise, the game is quite charming. The landscapes are a joy to take in, and have detail as far as the eye can see. The cel-shaded style grew on me over time, even though character faces can be a little goofy in moments. The soundtrack really fits with the experience as well, with Undertale's Toby Fox providing the tunes. Fans of Toby's work will instantly recognize his style here, especially with some of the more soothing tracks in town.

With everything considered, Little Town Hero comes across with a very distinct feel. While I enjoyed the game as a complete package, there are niggling issues you have to work around. Battling in the opening moments can be extremely challenging, and a few fetch quests drag the game down. That said, I loved the tabletop-like vibe of the journey. The battles ooze personality, as long as you're up for an RPG with some serious RNG. For better or worse, Little Town Story is wholly original, and really offers up something that's hard to get anywhere else.

This has sold me on the game but first I must get through my backlog but I know other people who I can reccomend this game too.